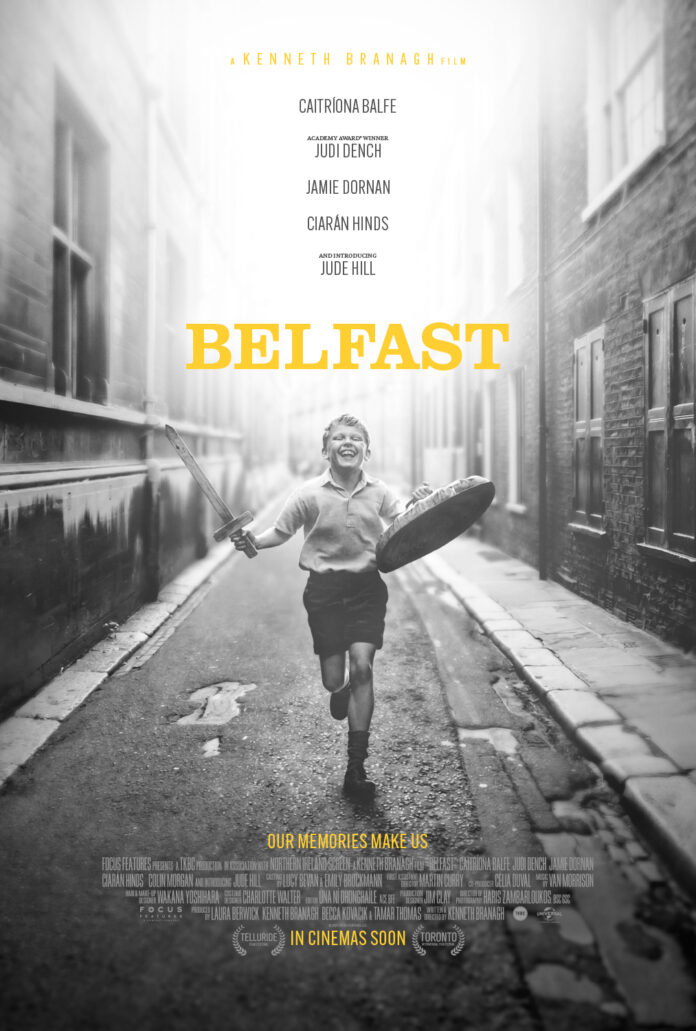 We’ve always liked Kenneth Branagh’s diversity of films whether it be the cultural high points such as Henry V or populist dramas such as Murder on the Orient Express or directing big blockbusters like Thor there’s always something that keeps him fresh. Now though he has directed a personal drama with the release of the Belfast trailer.

Starring an acclaimed ensemble cast, Belfast is a personal and joyful story about the power of memory, set in late 1960s Northern Ireland. At the centre of the film is Buddy, a young boy on the cusp of adolescence, whose life is filled with familial love, childhood hijinks, and a blossoming romance. Yet, with his beloved hometown caught up in increasing turmoil, his family faces a momentous choice: hope the conflict will pass or leave everything they know behind for a new life.

Belfast is released in UK CINEMAS on 12TH NOVEMBER 2021