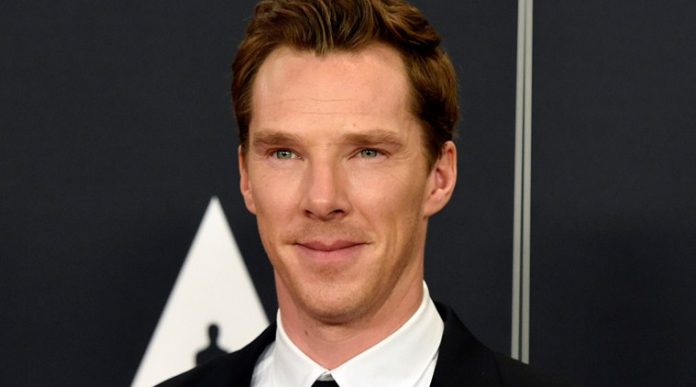 Our Editor’s image of our friends in the travelling community is somewhat biased after having his driveway tarmaced by them only to find his car on bricks, a fridge freezer and burnt mattress dumped in his front garden and the lead missing from his roof. Keen to keep the peace and to avoid a bunch of burly psychopathic Romany types turning up at the office we pointed out that this was all purely coincidental and a disgraceful slur on a wholly law abiding community and it seems Benedict Cumberbatch would agree as he’s taking the lead role in the new film, ‘Gypsy Boy’, the film adaptation based on Mikey Walsh’s best-selling memoirs.

Morgan Matthews, the two-time BAFTA Award winning director whose first narrative feature was the highly acclaimed X+Y (aka A BRILLIANT YOUNG MIND), is directing the feature film which is scheduled to start production in the summer of 2018.

The two autobiographies, ‘Gypsy Boy’ and its sequel ‘Gypsy Boy: On The Run’, chronicle Walsh’s experiences growing up in England’s Romany community in the ‘80s and ‘90s. The books were optioned and developed as a film by Koppang O’Leary of Bowery & Bond Films, who worked closely with Walsh, whom she met shortly after he left the Romany community. BBC Films then came on board to finance the project.

Award-winning playwright and screenwriter James Graham (THE VOTE, COALITION), who has two plays running in the West End this autumn (INK and LABOUR OF LOVE) previously collaborated with Matthews on X+Y, adapted Walsh’s books, a wildly entertaining and inspirational coming-of-age story, set within a fascinating culture and the oncoming cultural change that closes in on the world around them. Graham worked closely with Walsh to capture the essence of the novels in the script.

The first autobiography ‘Gypsy Boy’, was released in 2010 by Hodder & Stoughton Ltd and was a Sunday Times No. 1 bestseller in the UK, receiving critical acclaim across international publications including The New York Times, The Washington Post, The Boston Globe, Attitude, Heat and The Advocate. Walsh’s best-selling follow-up book, ‘Gypsy Boy: On The Run’, was published in 201l to similar critical success.

The notorious Walsh family was part of the last generation of the Romany Gypsy people who, to no one’s surprise, were known for their ability to fight. The sport of boxing is embedded in the Gypsy tradition – to fight for one’s family name and honour and reap the glory of its success.

When young Mikey Walsh is born, father Frank (Cumberbatch) places a pair of golden gloves on a chain around his neck in the hope that his son will maintain the family’s reputation. But even as an infant, Frank notices there is something different in Mikey, which leads to frustration and anger building over time. As he grows into his teens, Mikey is forced to make an agonising decision – to stay and keep fighting, and face the shame head on, or escape, never to come back…

Casting is currently underway to find a young actor to play Mikey opposite Cumberbatch.

Quite whether we’ll see a story about lucky heather sellers remains to be seen…….