So with the release of the much belated (its been almost 30 years since the original!) but highly anticipated release of a new Bill and Ted film we are giving you a great chance to win a Bill and Ted Face the Music prize bundle that includes a T shirt and a book.

Bill and Ted, two would-be rockers from San Dimas, California who were once told they’d save the universe during a time-traveling adventure,  now find themselves as middle-aged dads still trying to crank out a hit song and fulfill their destiny. In the new film Bill S. Preston Esq. (Alex Winter) and Ted ‘Theodore’ Logan (Keanu Reeves) are now fathers and have yet to fulfil their rock ‘n’ roll destinies. Their lives change when they are visited by a messenger from the future who warns them that only their song can save life as we know it. Samara Weaving (niece of Hugo Weaving who Reeves appeared with in The Matrix) and Brigette Lundy-Paine play their daughters, William Sadler reprises his role as Death, while Jillian Bell and Kristen Schall co-star but not George Carlin who passed away in 2008. 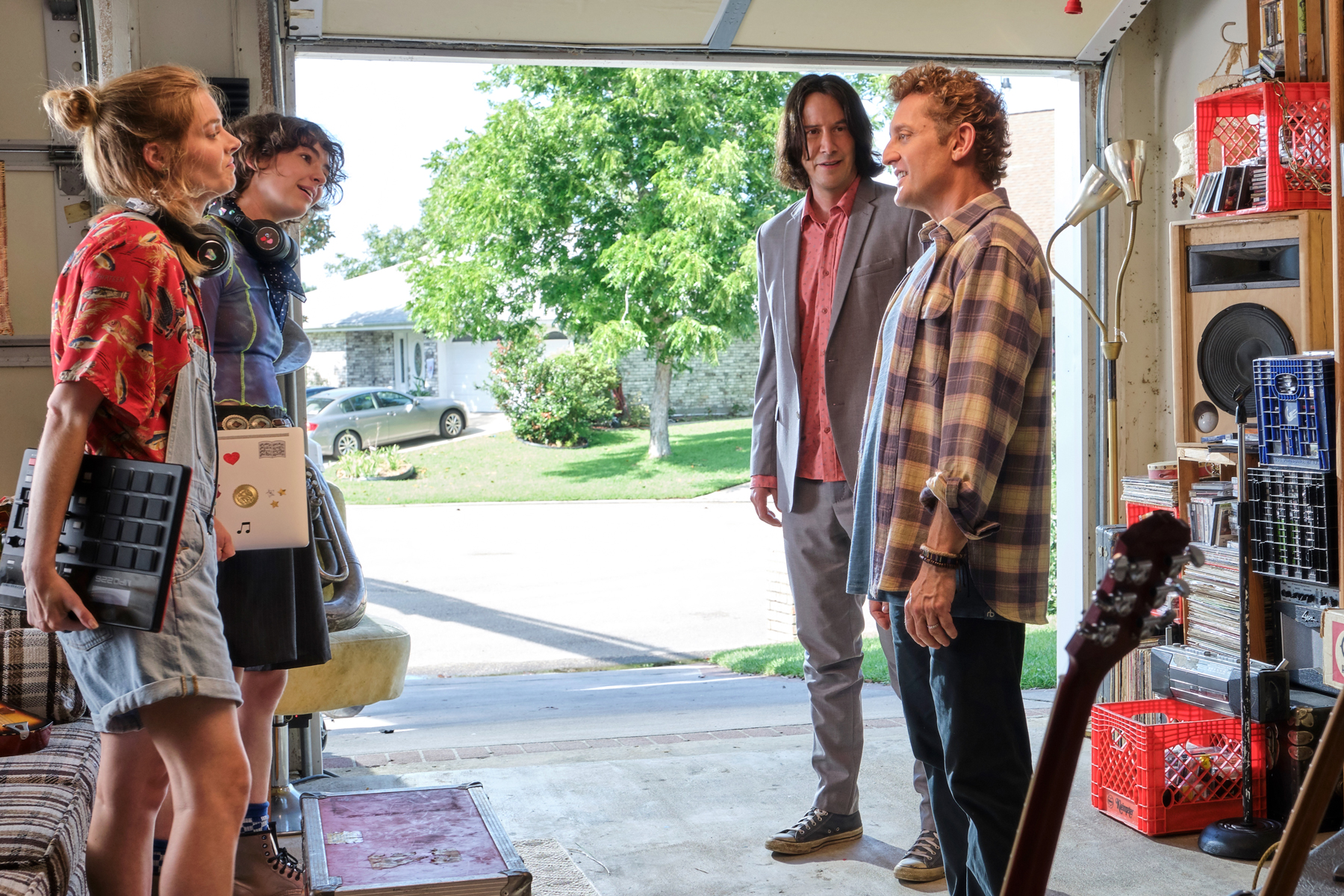 To be in with a chance of winning the Bill and Ted Face the Music prize bundle just: