We are always intrigued with whatever Aubrey Plaza appears in as she has something otherworldy about her and the Black Bear trailer continues that tradition.

Written and directed by Lawrence Michael Levine the Black Bear trailer is an intriguing and satirical comedic thriller starring Aubrey Plaza (Ingrid Goes West) Christopher Abbott (Possessor) and Sarah Gadon (True Detective) where, at a remote lake house, a filmmaker plays a calculated game of desire and jealousy in the pursuit of a work of art that blurs the boundaries between autobiography and invention. 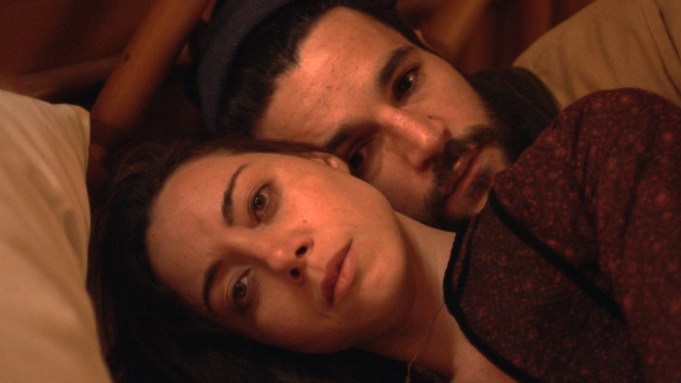 The film launched at the Sundance Film Festival, where the film enthralled audiences and received widespread critical acclaim and screened at the Glasgow Film Festival recently. Described by the The Hollywood Reporter as ‘A darkly playful deconstruction of the indie filmmaking process that digs into the artist-muse dynamic and the power structures in relationships, constantly teasing the viewer as to what’s real and what’s part of the writer character’s imagination’, the Black Bear trailer is certainly quirky and looks as though it gets a little bit meta in a Charlie Kauffman kind of way.

The movie is loosely based from Lawrence Michael Levine’s dreams and he wanted to capture some parts of his dreams into the screenplay. The film is in two halves and during production the movie was loosely shot in chronological order.  Shot in Long Lake new York state the three main cast members Aubrey Plaza, Sarah Gadon and Christopher Abbott stayed in the town of Saranac Lake, NY for the duration of the shoot. The cast then had a one hour drive to the set of the cottage which was 5-miles up a long and winding dirt road.

So here’s the Black Bear trailer……