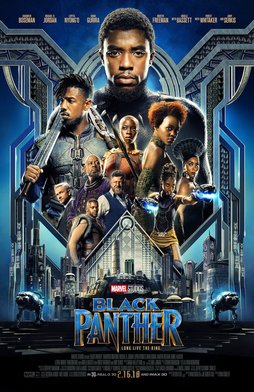 With the release of Thor:Ragnorok just around the corner Marvel are prepping audiences for their next film, ‘Black Panther’ their first black superhero film based on their influential comic strip.

Starring Chadwick Boseman in the title  role, who we first glimpsed in Captain America Civil War, it also stars Martin Freeman and the ever great Andy Serkis in what looks like a non mo-cap role (at last!).

The film is directed by Ryan Coogler whose last film ‘Creed’ was a big hit and a sequel is to follow.

Where was Justice League shot?…….