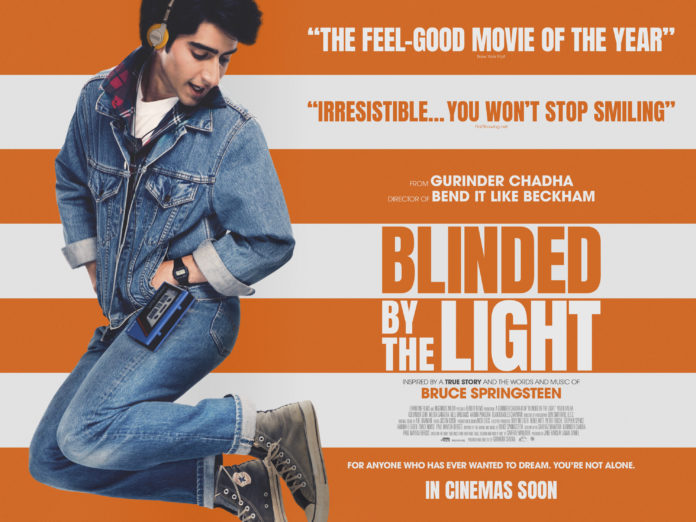 So though the summer brings us the bombastic blockbusters hidden in between them all are smaller and often better films which are well worth seeking out. Amongst this years summer releases we’ve been sent the Blinded by the Light trailer which looks rather good.

Set in 1987, during the austere days of Thatcher’s Britain, BLINDED BY THE LIGHT is a joyous, coming-of-age story about a teenager who learns to live life, understand his family and find his own voice through the words and music of Bruce Springsteen.  BLINDED BY THE LIGHT is inspired by British journalist Sarfraz Manzoor’s memoir “Greetings From Bury Park.”

Now Springsteen has written some great songs including the Oscar winning ‘Philadelphia’. We love trying to drop song lyrics into conversation with our Editor when we’re trying to persuade him about features we could run and recently he asked if we really had persuaded a major film star to appear in a clip for our You Tube channel to which we told him, ‘I’m as serous as cancer when I say rhythm is a dancer!’ (‘You’re fired!‘ – Ed).

Anyway the good news is that this had been directed by Brit Gurinder Chadha whose output is prolific having helmed a raft of rally good British funded movies that have included ‘Bend it like Beckham’, ‘Bhaji on the Beach’ and the recent true life period political drama, ‘Viceroys House‘. But the  BLINDED BY THE LIGHT  trailer sees her return to home shores. Based on author Sarfraz Manzoor autobiographical book about growing up in Luton having moved there from Pakistan when he was a child.

The film features a raft of up coming asian actors led by Viveik Kalra and some great British actors Hayley Atwell and Sophie Phillips. Rob Brydon is also in it

Here’s the Blinded by the Light trailer…….