Landing in our inbox is the Bliss trailer starring Owen Wilson and Salma Hayek which is reason enough to watch it in our books! We are a bit obsessed with the end of Owen Wilson’s nose which looks like it’s another part of his body and as for the rather lovely Salma Hayek she is just the latest actress to have taken out an injunction against our Editor preventing him from being on the same continent as her. 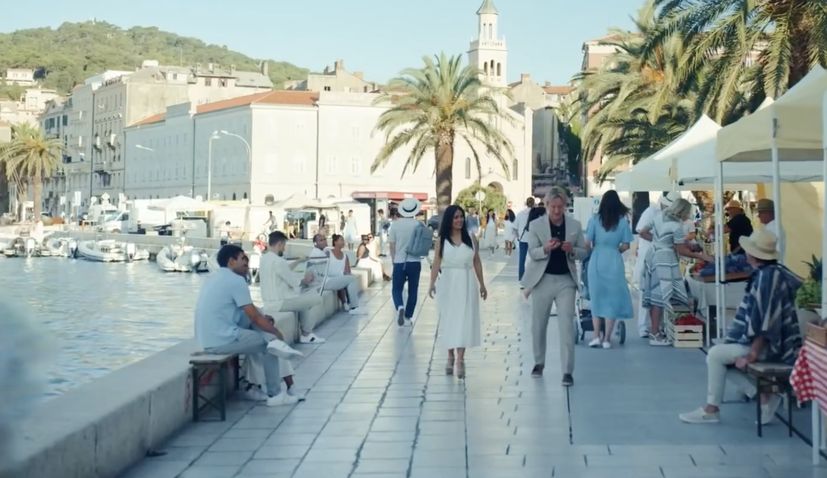 Bliss is a mind-bending love story following Greg (Owen Wilson) who, after recently being divorced and then fired, meets the mysterious Isabel (Salma Hayek), a woman living on the streets and convinced that the polluted, broken world around them is nothing but a computer simulation. Doubtful at first, Greg eventually discovers there may be some truth to Isabel’s wild conspiracy.

The Bliss trailer has us intrigued with its other reality premise and writer / director Mike Cahill has pedigree with good visuals and unusual story lines and has worked in various capacities in visual effects and as editor and cinematographer as seen in his 2011 feature debut ‘Another Earth’ with indy actress Brit Marling. We’ve always felt that neither actors  have really had the break out hits they probably deserve. Wilson had a brief foray into action with the excellent but under rated, ‘No Escape’ and the recent ‘Wonder’ deserved more success too. Salma Hayek, though Oscar nominated for the 2002 film ‘Frida’, is still probably best known for her role in, ‘From Dusk til Dawn’ and that was all the way back in 1996. With cinemas still closed for the foreseeable it is streaming that seems to have the most interesting films at present – albeit some studios notably Warners are releasing their 2021 films to the streaming format.

BLISS will Launch Worldwide on Prime Video on 5 February 2021