So whilst Universal’s reboot of The Mummy turned out not to be the hoped for launch of the Dark Universe of the studios classic monsters it has instead turned to standalone films with a hoped for franchise for each dealt with on a film by film basis depending on their box office earnings.

To that effect it excellent news to see that top horror producer Jason Blum and writer/director Leigh Whannell (Saw, Insidious)  have approached the studio with a Blumhouse Invisible Man. In keeping with their horror output the Blumhouse Invisible Man will avoid the big-budget action route preferring a darker character thriller with genuine horror. 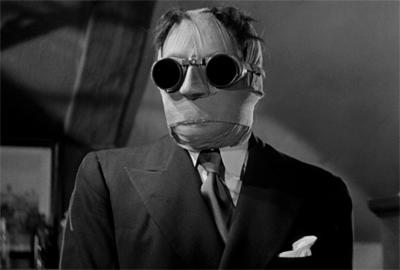 ‘I don’t believe in saying, ‘We’re going to do movies about this’ and then trying to find a movie about it. So, I didn’t believe in going and saying ‘I want to do all these movies’ and then try to find directors to do them. We have a director we’ve also done six or seven movies with, pitched us this spectacular idea about Invisible Man. We told him to write it, he wrote it, then we took it to the studio and said ‘We’d love to do this and this is what we would do with it’ and they said yes.

It was like the Blumhouse version of The Invisible Man, it’s a lower-budget movie. It’s not dependent on special effects, CGI, stunts. It’s super character-driven, it’s really compelling, it’s thrilling, it’s edgy, it feels new. Those were all things that felt like they fit with what our company does. And it happened to be an Invisible Man story, so it checked both boxes. And we responded to it because I think Leigh is just an A+ director.’

The Invisible Man has had a variety of incarnations the best being the fantastic James Whale 1933 film and perhaps the most outlandish being, ‘Memoirs of an Invisible Man’ that starred Chevy Chase.