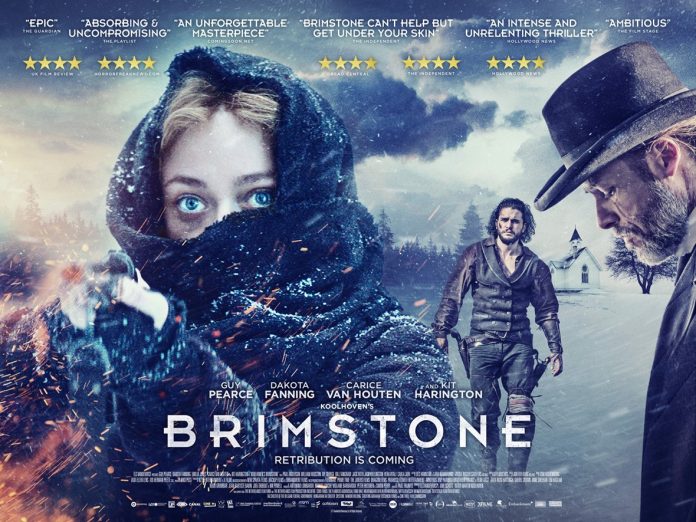 So here’s a trailer of director Martin Koolhaven’s new film ‘Brimstone’. Koolhoven seems to think his name is up there with Spielberg, Kubrick et al as the films actual title is ‘Koolhoven’s Brimstone’ which smacks a little bit of arrogance and is hardly a selling point for a director that few will have heard of except his mother.

However we saw the film some while ago and its pretty good and the trailer doesn’t really do it justice but have a look and see what you think. Guy Pearce stars and its like nothing he’s ever done before.

Film is out in the UK on 29th September.