We’re big fans of Tom Hardy and landing in our mailbox is the Capone trailer where he plays the lead role of  the notorious gangster who was eventually imprisoned not for his violent crimes but for tax evasion. The last depiction of Capone that we really enjoyed was De Niro’s in Brian DePalma’s immensely enjoyable, ‘The Untouchables’ way back in 1987.  The film has been in development since 2016 and helming the film, as well as writing it, is director Josh Trank who has not made a film since the disastrous reception for 2015’s Fantastic Four (which he tried to allegedly disown as we reported HERE) that is rumoured to have seen him losing the directing gig for one of the new Star Wars films that were going into production at the time. Though its a Capone trailer the biographical crime film was originally called, “Fonzo” before it was retitled and it seems that this will be a pretty brutal retelling with the MPAA giving the film an R-rating for “strong/bloody violence, pervasive language and some sexuality.” 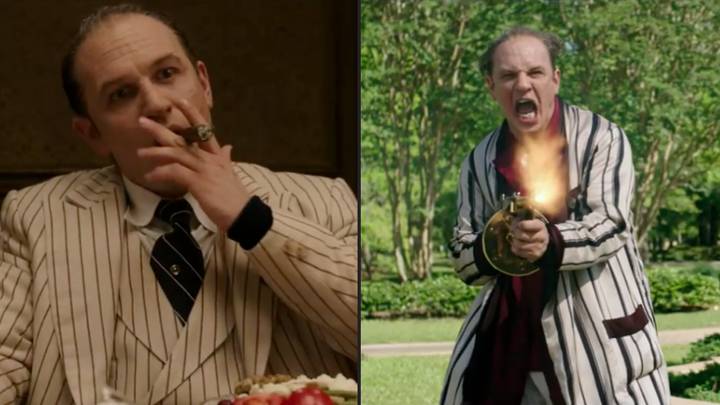 In the film, Capone (Tom Hardy) is now 47 years old, after 10 years in prison but dementia has taken its toll on his mind. The effect that has on him is that his past becomes present as harrowing memories of his violent and brutal origins melt into his waking life.

Apart from Hardy, who has form for playing real life criminals in ‘Brosnan’ and ‘Legend’, the film will also co-star Linda Cardellini, Matt Dillon, Kyle MacLachlan, Kathrine Narducci, Jack Lowden and Noel Fisher co-star. With cinemas effectively closed for the foreseeable future the film will be released directly to Digital on May 12th – something that the production company, Vertical Entertainment, has done in the past frequently with a simultaneous limited theatrical but its hoped that there will also be theatrical release one cinemas are open again.