With his clean cut good looks and rippling physique there’s few who would argue that Chris Hemsworth isn’t something of an Adonis except maybe our Editor who looks like Albert Steptoe on crystal meth (‘You’re fired!‘ – Ed). Though he’s made his name as Thor for his latest role Chris Hemsworth is Hulk Hogan the wrestling superstar in a Netflix biopic from “Joker” director Todd Phillips and writer Scott Silver.

Now Hulk whom is 66 years old was a regular fixture in the 1980’s as part of the World Wrestling Federation and like a predecessor to Dwayne Johnson moved into movies though with far less success as well as TV , games and a variety of other endorsements. Probably his best role were cameos in Rocky III & Gremlins 2. His image of looking a bit of a muscle mary man mountain with a handle bar moustache, bleached blonde hair and wearing only a pair of yellow speedos is a public persona that must have had every male teenage fan googling, ‘AmI gay?’ for years afterwards. 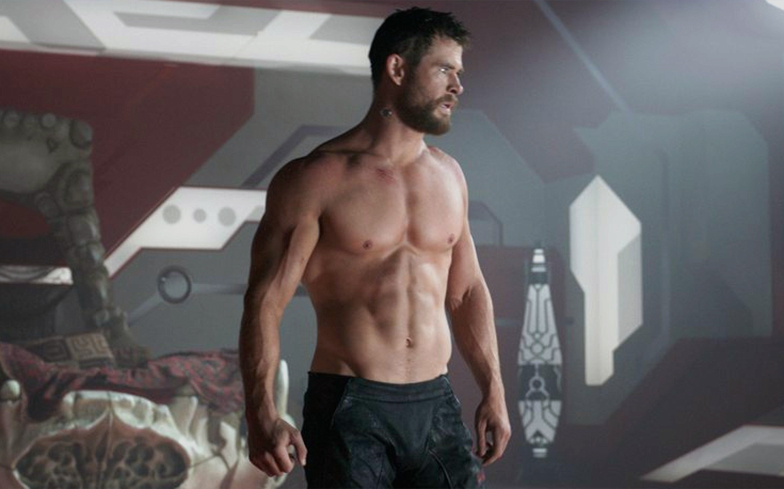 But like so many stars he had his own demons which supersede his ringside appeal notably a sex tape scandal. But his downfall had included being sued for chocking someone to blackout out on TV, his usage of steroids and allegedly stating that he wouldn’t want to see his daughter with a black guy – except the word he used was a derogatory racial epithet. But it was the sex tape that really bought his downfall. Filmed covertly with the estranged wife of a radio presenter, Bubba Clem, the tape then ‘leaked’ online on Gawker website but it seems that Bubba and his wife were in on it and set him up. Hogan sued the couple and Gawker and won $31m however by then his own marriage had ended in divorce whereupon he contemplated suicide. He is now a devout Christian.

Which should make quite a movie in a film that Bradley Cooper will act as producer.

Everything Everywhere All At Once – TRAILER