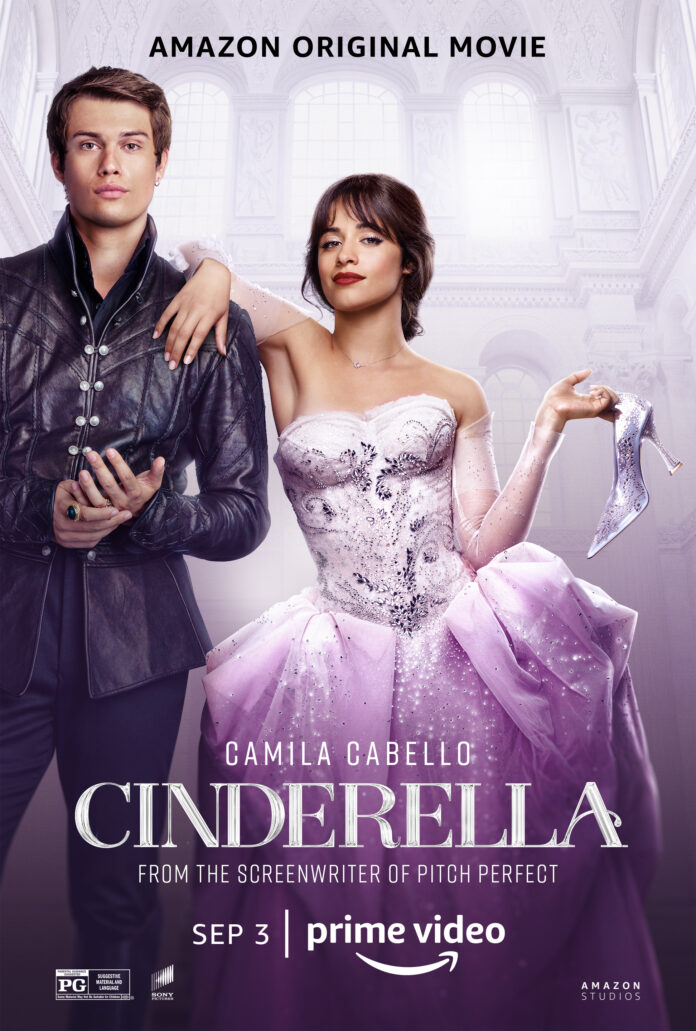 Along with Sherlock Holmes  the Cinderella story is one of the most popular stories to be filmed with no end of variations having reached the silver screen and it was only back in 2015 that we had Disney’s live action version of their own classic animated film which did extremely well at the box office earning £542m. well now we have the latest version with the arrival of a new Cinderella trailer….

Written and directed by Kay Cannon (who wrote all of the Pitch Perfect films), Cinderella is a modern musical with a bold take on the story you grew up with. Our ambitious heroine (Camilla Cabello) has big dreams and with the help of her Fab G, she perseveres to make them come true.

Cinderella has an all-star cast including Idina Menzel, Minnie Driver, Nicholas Galitzine, Billy Porter, Pierce Brosnan and James Corden but don’t let that put you off. From the trailer this certainly looks like its catering for all demographic with an ethnically diverse cast and perhaps the biggest gamble is the reimagining of the Fairy Godmother played by Billy Porter in high camp seemingly styled by RuPaul. The all star cast will lend much support to  Camilla Cabello whose first film this is. For those not in the know Cabello is the half Cuban / half Mexican  X-Factor contestant (American series) who went on to join all girl group Fifth Harmony before leaving in 2016 for the inevitable solo career. We’re very much hoping that Pierce Brosnan has declined the opportunity to sing after caterwauling his way through Mamma Mia and couldn’t hit a note with a hammer.

This is Sony’s first film shot exclusively for for Amazon Prime and more will surely follow.