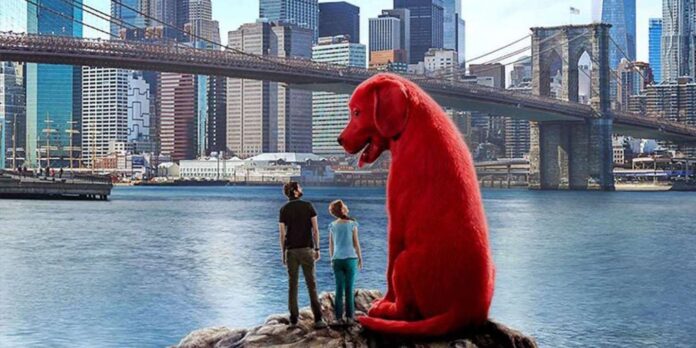 Now we’re no expert on modern day children’s books but we’re guessing that Clifford the Big Red Dog trailer is about a dog called Clifford who is big and red. But we’re reliably informed that this is a hugely popular kids book that is now a film with a story that goes like this……

When middle-schooler Emily Elizabeth (Darby Camp) meets a magical animal rescuer (John Cleese) who gifts her a little, red puppy, she never anticipated waking up to find a giant ten-foot hound in her small New York City apartment. While her single mum (Sienna Guillory) is away for business, Emily and her fun but impulsive uncle Casey (Jack Whitehall) set out on an adventure that will keep you on the edge-of-your-seat as our heroes take a bite out of the Big Apple. 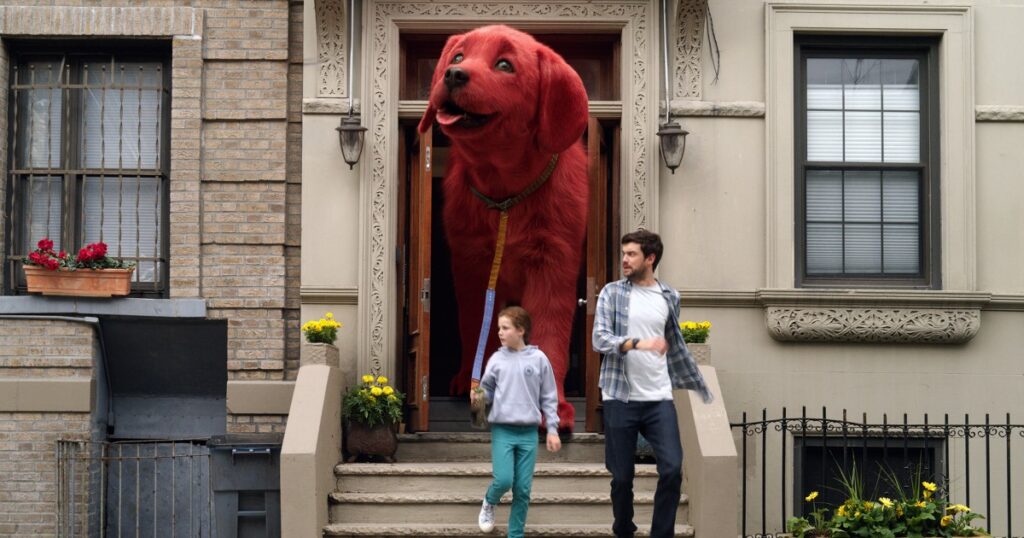 The movie offers a giant red dog as required, though not the in your face red of his literary counterpart and it appears the film makers went immense lengths to  select the right shade of red. Director Walt Becker and producer Jordan Kerner said that the colour had to be reminiscent of the books but also believable.

Kerner said, ‘Red as a color, tech and in the world of digital, doesn’t hold perfectly. So if you’ve ever watched a movie, on a DVD or even on… just straight across on Netflix or something, that if the titles are in red, they kind of bleed a little bit. You know, there’s that, and Walt and I had to do a lot of research, way before we started shooting all the way through. They had to take it out of our cold dead hands, basically, refining every single shot. And to have the technology……that would hold the red that we chose on movie screens and on iPads and on phones and on computers, on home television. So it was a real big deal to get the red right creatively and then hold it like make it actually stay there.”