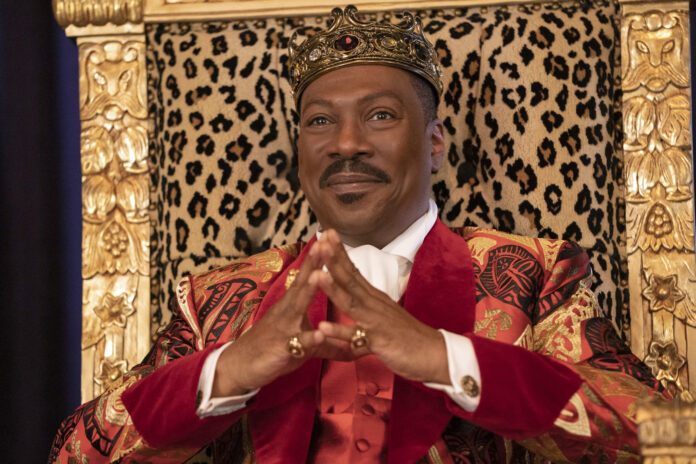 The latest in a long line of long awaited sequels is the Coming 2 America trailer 33 years after the original film starring Eddie Murphy. Arguably this was the last great comedy from Murphy after a string of huge hits that took in Beverly Hills Cop 1 & 2, 48hrs and Trading Places before his career dramatically tailed off salvaged by more family oriented fare. There’s been a recent flurry of photos from the film (see our facebook page HERE) but now we have the first Coming 2 America trailer.

Set in the lush and royal country of Zamunda, the story follows newly-crowned King Akeem and his trusted confidante Semmi when Akeem learns he has a long-lost son in the United States and must return to America to meet the unlikely heir to the throne of Zamunda. The pair embark on an all-new hilarious adventure that has them traversing the globe once again from their great African nation to the borough of Queens, New York.

We first ran some news on the film HERE an original director the great John Landis who seems to have retired from films not having made anything since 2010’s ‘Burke & Hare’ and the reins have been handed over to Craig Brewer who directed Murphy to great acclaim in Netflix movie, ‘Dolemite is my name’. At one point Ryan Coogler (Black Panther – see the European premiere HERE) was involved and there was even talk of a sequel in the form of a stage play but thankfully that was quickly dropped. From the Coming 2 America trailer they have kept the numerous cameos by Murphy and Arsenio Hall in various guises and the Barber shop guys are back and we get a glimpse at some good banter between them here.