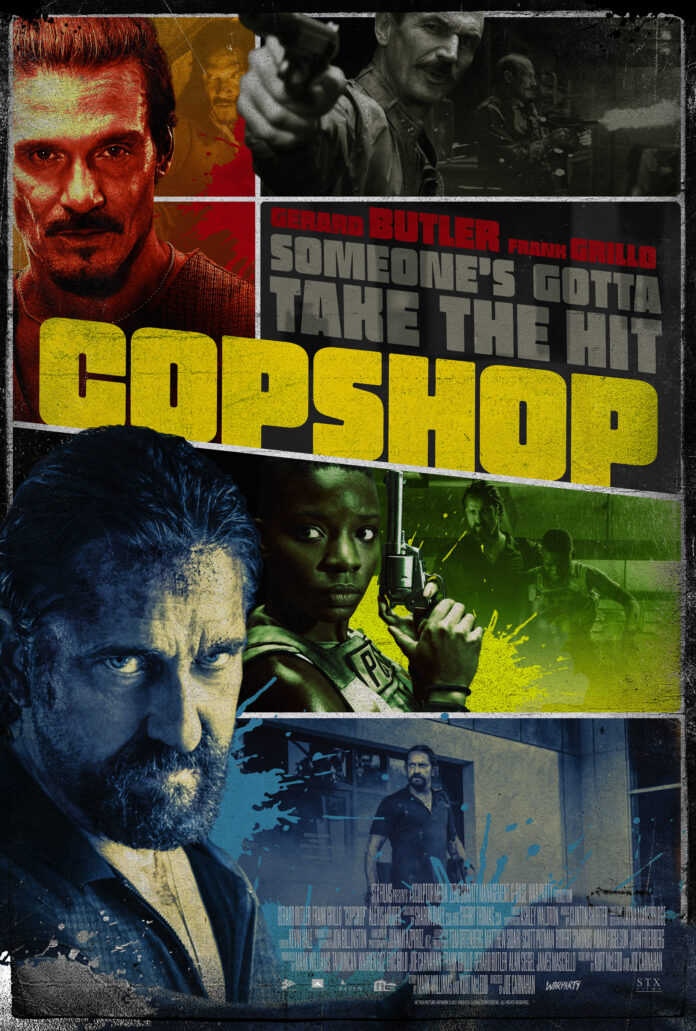 Now we’ve always felt that writer – director hasn’t got the recognition he deserves with his own brand of crazy action films such as ‘Smokin’ Aces’, ‘The A- Team’ and has been attached to the Hollywood version of The Raid for some years. In addition to this he was an early scripter for Bad Boys 3  and the Uncharted film adaptation too before exiting both projects. Well now we have the Cop Shop trailer his latest film starring Gerard Butler and looks like he’s continuing in the vein of action packed bullet strewn madness. 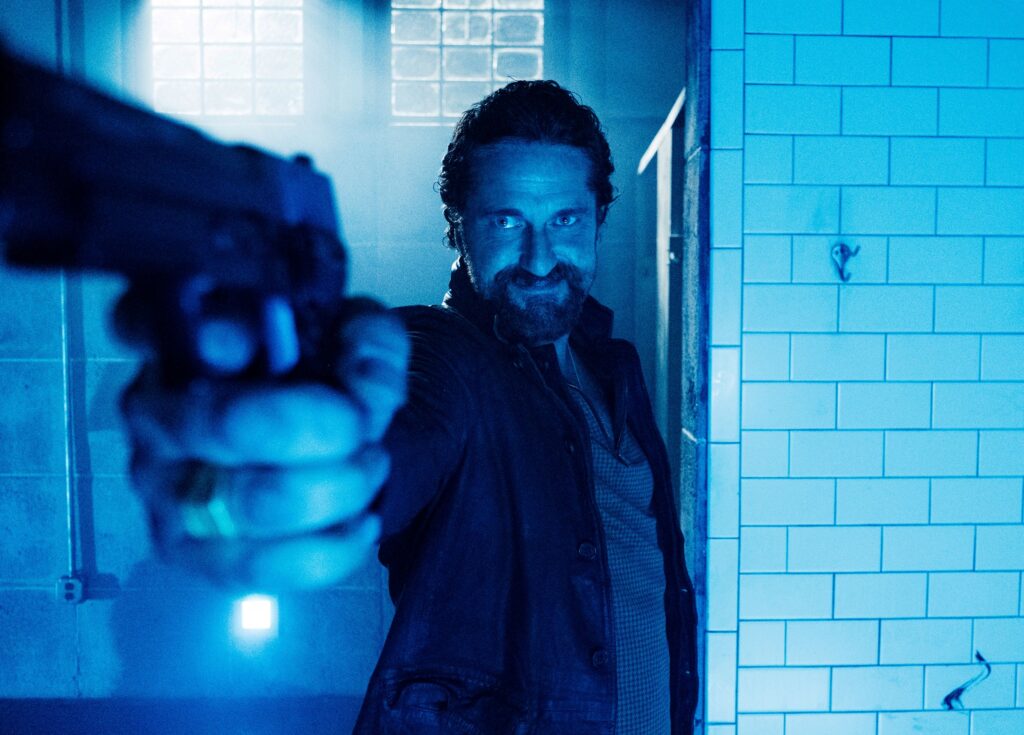 Screaming through the Nevada desert in a bullet-ridden Crown Vic, wily con artist Teddy Murretto (Frank Grillo) hatches a desperate plan to hide out from lethal hitman Bob Viddick (Gerard Butler): He sucker-punches rookie officer Valerie Young (Alexis Louder) to get himself arrested and locked up in a small-town police station. But jail can’t protect Murretto for long. Viddick schemes his own way into detention, biding his time in a nearby cell until he can complete his mission. When the arrival of a competing assassin (Toby Huss) ignites all-out mayhem, mounting threats force Viddick to get creative if he wants to finish the job and escape the explosive situation.

Co-starring with Gerard Butler is Frank Grillo (who is rumoured to be involved in The Raid remake) , Alexis Louder, Toby Huss, Ryan O’Nan & Kaiwi Lyman-Mersereau. Butler has established himself in the action genre with the, ‘….. Has Fallen’ franchise proving popular but he has a huge raft of films going into productions which includes a sequel to Den of Thieves and also Greenland a decent film which got lost in the pandemic closing down of cinemas although for us our go to movie for the actor is still, ‘300’.