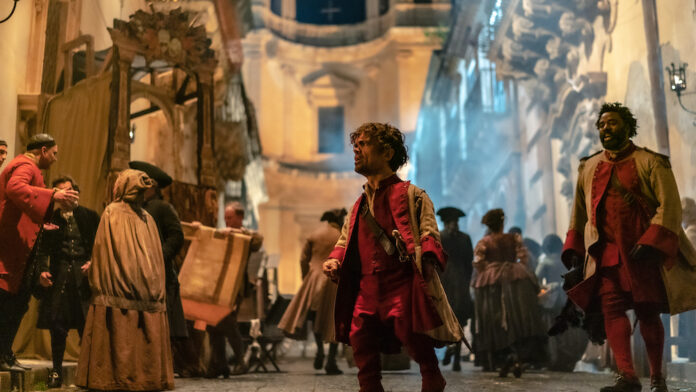 The tale of Cyrano de Bergerac has been told many times over the years with many incarnations although our Editor’s favourite version is the 1980’s Saturday night TV series  that relocated the tale to the island of Jersey with John Nettles as a detective (‘You’re fired!!’ – Ed). But for many the two versions that are best remembered is the classic 1990 Gerard Depardieu film and the updated Steve Martin 1987 film, ‘Roxanne’ which co-starred Daryl Hannah. But now we have the latest incarnation of the classic tale with the arrival of the simply titled Cyrano trailer. 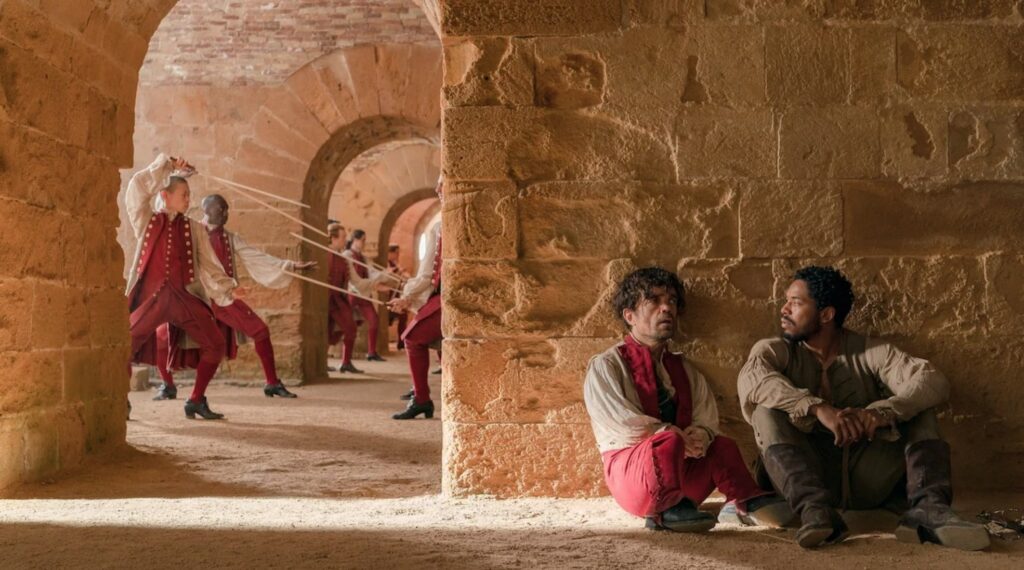 Award-winning director Joe Wright envelops moviegoers in a symphony of emotions with music, romance, and beauty in Cyrano, re-imagining the timeless tale of a heartbreaking love triangle. A man ahead of his time, Cyrano de Bergerac (played by the always good Peter Dinklage) dazzles whether with ferocious wordplay at a verbal joust or with brilliant swordplay in a duel. But, convinced that his appearance renders him unworthy of the love of a devoted friend, the luminous Roxanne (Haley Bennett), Cyrano has yet to declare his feelings for her — and Roxanne has fallen in love, at first sight, with Christian (Kelvin Harrison, Jr.).

This version is based on the stage musical adapted and directed by Erica Schmidt, from “Cyrano de Bergerac” by Edmond Rostand, with music by Aaron & Bryce Dessner and lyrics by Matt Berninger & Carin Besser. Haley Bennett and Peter Dinklage will reprise their roles from the Connecticut based Goodspeed Musicals production of Cyrano. Bennett is also the real life partner of director Joe Wright which must have made this an interesting set to have worked on with its tale of love. Wright’s previous films have included the critical hit, ‘Atonement’ and the hugely expensive, ‘Pan’

Cyrano will be in Cinemas Friday 14th January 2022

Trespass Against Us – REVIEW