After a disastrous reign as Home Secretary where she decimated the British police service then followed it up with her catastrophic Brexit negotiations and was forced to resign as the worst PM in living memory yet clings on to power in a vain effort leave some sort of legacy but one look at Theresa May’s face confirms that The Dead Don’t Die which in typical AnyGoodFilms style we have managed to shoe horn a link into a review of this week’s new film of the same title. Written and directed by Jim Jarmusch it’s a detour from his usual art house films with this being a zombie apocalypse movie.

Set in Centreville it has two cops played by Bill Murray and Adam Driver going about their patrols with their first battle being with technology as their radios start  to play when the hints of the apocalypse begins to be broadcast. It’s all suggested that it could be something to do with polar fracking that’s sent the planet slightly off its axis which is bringing the dead back to life. Jarmusch’s script almost from the ops first scene together becomes a bit meta as they discuss the title of the film also being a song by Sturgill Simpson which Driver’s character loves listening to (the singer also has a zombie cameo too). 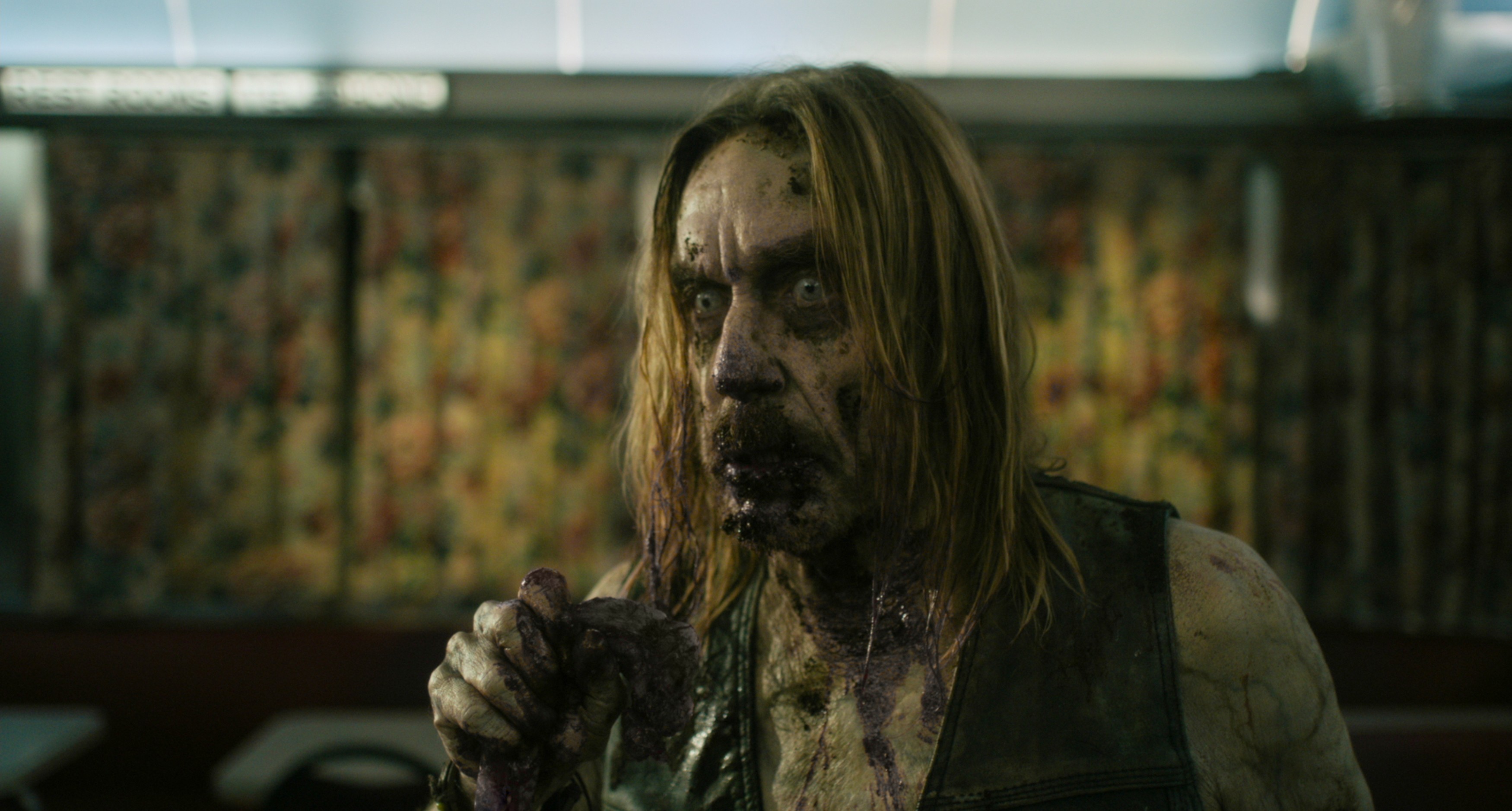 But it’s when the dead start rising from the ground that the cops have to deal with something far out of their experience when they deal with the slaughter of the staff of a roadside diner by a couple of zombies one of which is played by Iggy Pop ideally cast as one of the undead and needed little make up for the role.  The smalltown finds itself under attack by the ever increasing horde of zombies and the cops story runs alongside those of several of the other residents  of the town as they battle to survive but this is one of several faults with the film because Jarmusch has attracted an all star cast that includes Tom Waits, Tilda Swinton, RZA, Steve Buscemi, Danny Glover, Rosie Perez, Carol Kane and Selena Gomez but they are all just extended cameos with Swinton seemingly using it to try out her, albeit very good, Scottish accent.

For horror fans this will disappoint because the time honoured manner of decapitation or shooting the zombies in the head is gore free with has coming off but not with geysers of gushing blood but clouds of dust instead as the zombies are despatched. In fact for a horror genre its satire that is to the fore ground  with Western consumerism in its sights much as it was in George Romero’s ‘Dawn of the Dead’  with zombies staggering around looking for wi-fi connections, coffee, chardonnay etc  but even that is only in one brief scene and there are scattershot digs at Trump and  even an in-joke about Driver appearing in Star Wars films. It’s Tom Wait looking like Hagrid made homeless from Hogwarts observing the carnage from afar and offering a summing up commentary in the last scene. So whilst Act One sets up the premise, Act Two has the zombies attack, Act Three just meanders with no real point and ultimately peters out making the film feel ultimately inconsequential.