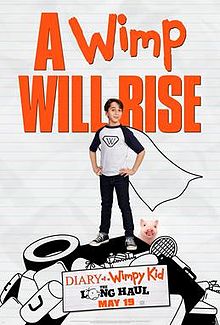 It’s been five years since the last film in the hugely successful Diary of a Wimpy Kid book to film adaptation in which time Zachery Gordon who played the lead role has grown up and at 19 years old is probably pushing it a bit to play an 11 year old.

So with the latest film it seems that there’s been a complete overhaul of every member of the cast and here’s the trailer for the newest film in the franchise…..

DIARY OF A WIMPY KID: THE LONG HAUL will be released in cinemas from 20th May 2017