So whilst we’re inundated with remakes of films by directors who think they can do better and either fail miserably (Gus Van Sant’s pointless remake of Hitchcock’s ’Psycho’) or succeed brilliantly (Casino Royale) what is rarely done is directors remaking their own films.

‘So who has remade their own films ?’ we hear no one say.

Well we’ll tell you now in our one off feature, ‘Directors who remake their own films’.

The first of the directors who remake their own films is the original master of the biblical epic Mr Cecil DeMille. Having made ‘The Ten Commandments’ in 1923 he returned to make the film again in 1956 in what was to be his last film. DeMille had established a reputation for this type of film having directed Samson and Delilah,(1949) & King of Kings (1927) all huge box office draws in a more secular era and whereas the recent Mary Magdalene drew respectable reviews it hardly set the box office alight. DeMille was a dab hand at this sort of thing with his scene of Moses parting the Red Sea an astonishing special effect in a era decades before CGI. Here the scene is barn storming crowd pleaser which still stands up today and is a testament to the visual effects men of their day. It cemented Charlton Heston as the turn to man for epic period films as he strode down a  mountain with tablets of stone bearing The Ten Commandments none of which were ‘Thou shalt make biblical based epics except for nonsense that Dan Brown has written and yes we’re looking at you Angel and Demons with your sky diving priests!’ 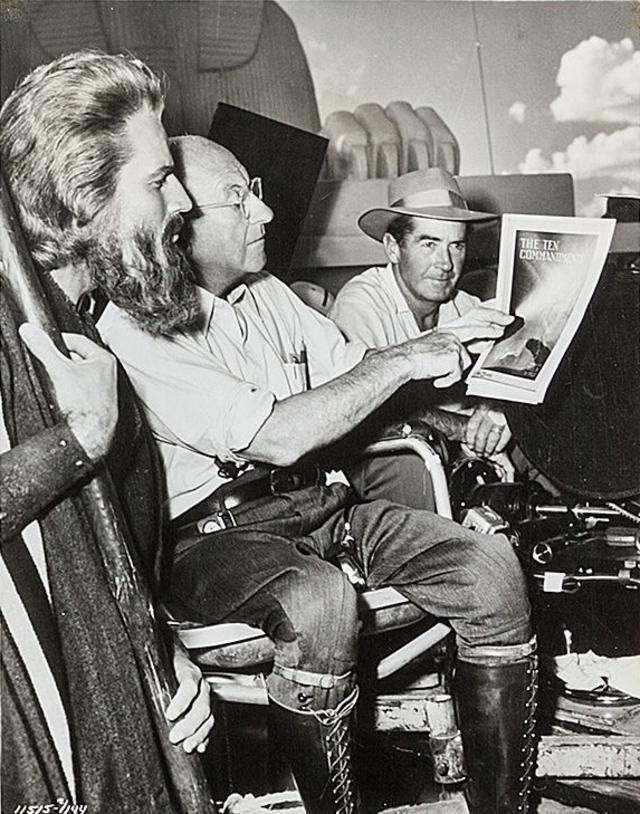 Next on our list of directors who remake their own films is the master of suspense himself Mr Alfred Hitchcock. In 1934 he had made ‘The Man Who Knew Too Much’ a black and white film from the directors early days making films in dear old Blighty before he upped sticks and moved to Hollywood. Having established himself as one of the greatest ever film directors with probably the most famous profile due to his blink-and-you’ll-miss-them cameos in his films which he later admitted became a chore. So as his career progressed and his reputation grew he would get the opportunity to remake the film. Modestly describing the original as the work of a gifted amateur and the new version was that of an experienced professional.  Both had their charm but the latter had star power casting of James Stewart and Doris Day where the master of suspense constructed a brilliant sequence in during an orchestral performance where an assassination is to take place the moment the percussionist clashes a pair of cymbals to mask the assassin’s gun shot. All the while it’s watched by Day in an impossible situation watching as the moment draws ever nearer and not knowing how to stop the murder.  Neither films were Hitchock’s finest but both were able demonstrations of the directors supreme command of ratcheting up the tension. 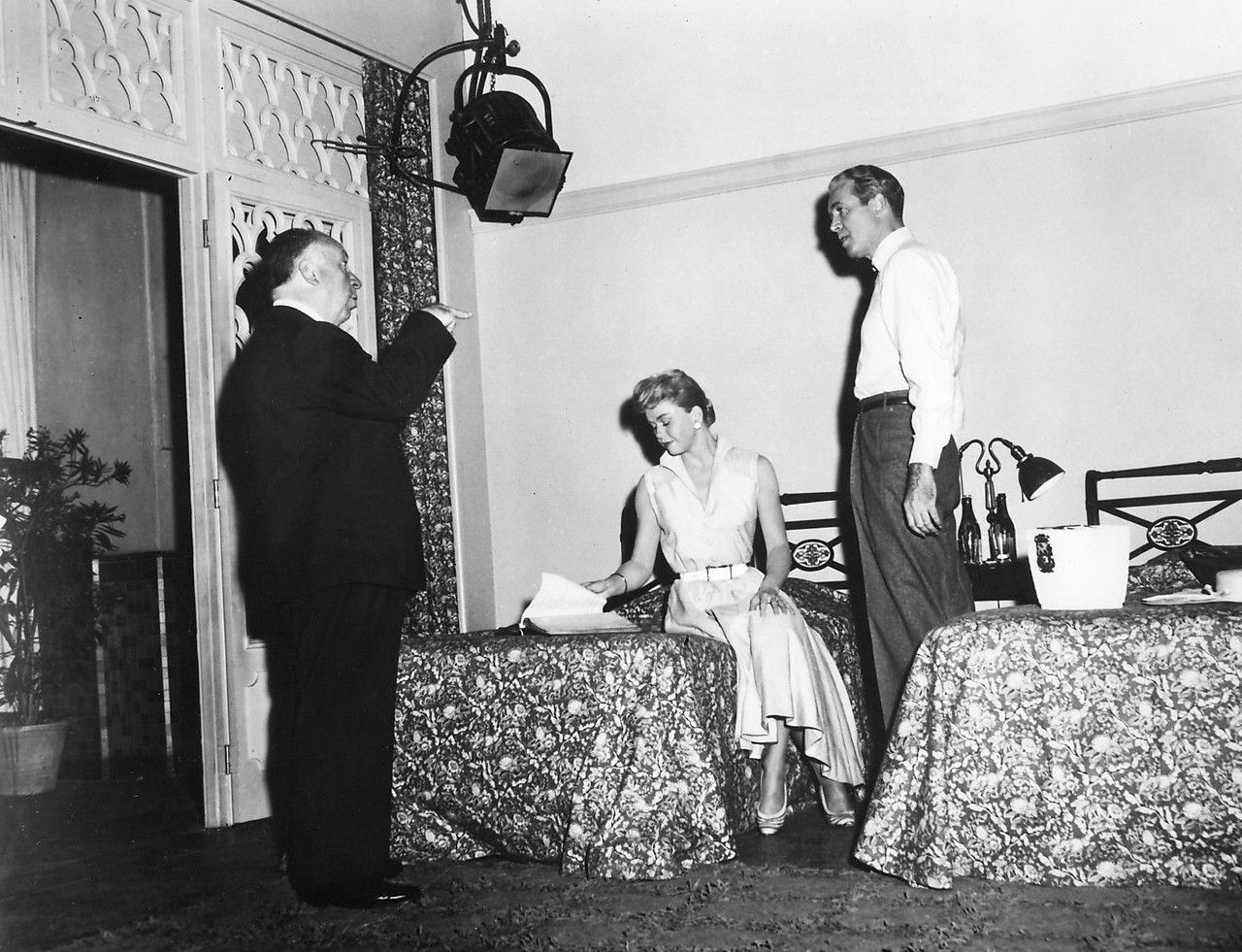 More recently albeit it 1997 Michael Mann gave us a screen first – the on screen pairing of Al Pacino and Robert de Niro as opposing sides of the law in ‘Heat’, an epic crime thriller with masterly plotting and  bravura performances. The story of a career criminal and his gang being hunted by a career cop was keenly plotted with clever plot turns culminating in a bank robbery that ends in a blistering street shoot out between the gang and the police that was filmed over a series of weekends. Heat was an infinitely superior remake of Mann’s TV film ‘LA Takedown’ and the difference could not be more stark with a cast led by unknowns whose performances paled in comparison to the big screen version. Mann too had evolved as a film maker with a script that developed its themes and explored a cop so dedicated to his job that it cost him every relationship and a criminal who would not commit to anything adhering to his own adage not to get involved in anything that you cannot walk away if you feel the heat around the corner that was until he falls in love with an woman unaware of what he does. LA Takedown was like a practice run for what would be Mann’s best film and suffers by comparison to its big brother. Unfortunately for Mann it would be the pinnacle of his theatrical film career to date with 2015’s Black Hat failing badly at the box office.

Less well known on our directors who remake their own films is German director Michael Haneke whose films deal with a variety of topics and all highly individual and intelligent in their own ways most notable being Funny Games (1997) a searing indictment of modern day audiences enjoyment of cinema violence for pleasure. Its story of a husband and wife and their two children on holiday in their rented lakeside villa and all starts off innocently enough with the only hint that something unexpected is to happen when Haneke puts a thrash metal track blasting out on the sound track just as they turn on their car radio. It’s a violent lurch which only hints at what is to come when two young men in tennis kit call at their front door on the pretext of looking for their tennis ball and invite themselves in where they both quickly take control .What follows is a very uncomfortable brutalizing of the family and their pet dog. What sets this apart is Haneke playing with cinematic technique when the violence gets increasingly shocking and the men break the fourth wall turning to the audience to ask us if we’re enjoying what is happening on screen and perhaps best of all when the family  turn the tables on their perpetrators only for Haneke to rewind the film and the relief that the family, in best Hollywood cliche would overcome and escape their ordeal, is quickly banished and the atrocities continue ending with a casual act of sadism as the men grow bored of their game. The banality of evil and our complicity in our enjoyment of it is absolute. Though the remake starring Tim Roth is good it’s the original that probably has the edge yet both are equally compelling and insightful.

Last in our list of directors who remake their own films is the late George Sluzier who crashed and burned with his English language remake of The Vanishing. The original film was a Dutch thriller with a young couple travelling in their car for a holiday where they stop to fill up with fuel. Having paid at the kiosk he returns to the car only to find his girlfriend has disappeared. His quest to find out what has happened to her forms the bulk of the film and when a mysterious man offers to assist him claiming to know what might have happened you just know that this is not going to end well. The Vanishing is one of those films that, much like  Seven or The Usual Suspects, you absolutely cannot give away the extremely downbeat ending. It’s an ending that once seen is impossible to forget and made the film what it is. So when Georges Sluizer  was offered the chance to make a Hollywood version in 1993 he leapt at the chance and with a cast led by Jeff Bridges he set off to make what turned out to be a catastrophic disaster of a film that was beset with studio interference fatally jettisoning the film’s original gut punch of an ending. Like the RAF over Dresden the film bombed and Sluzier never made another Hollywood film and died in 2014. For once it was remake that you absolutely must stick with the original.

Let us know what you think or if we have missed out any obvious directors who remake their own films …..