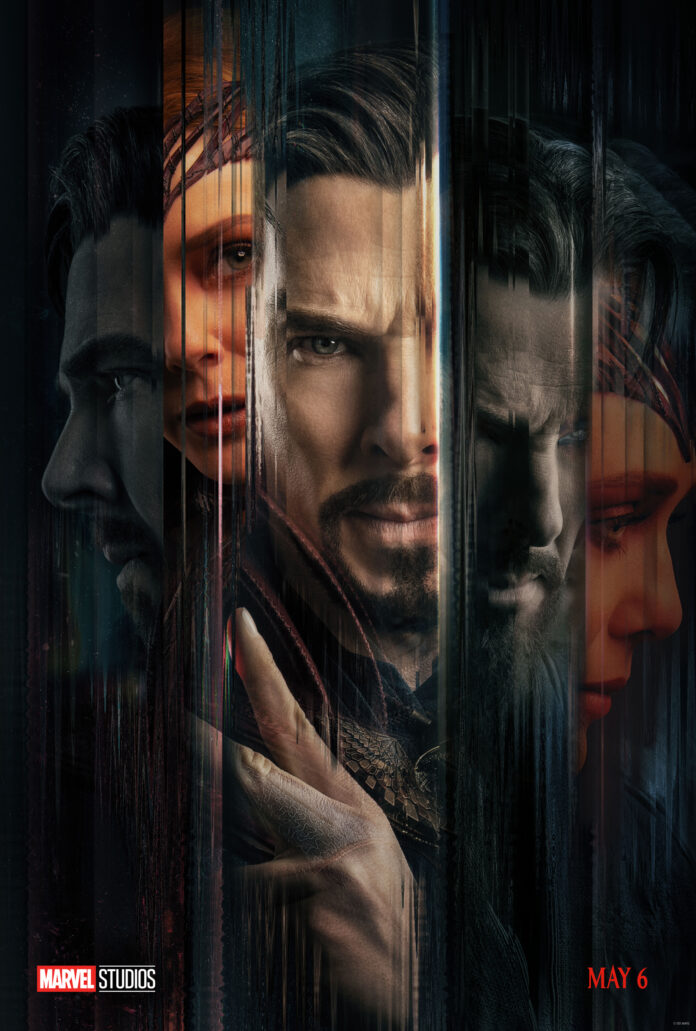 It was way back in 2016 that we had the first Doctor Strange film (see Benedict Cumberbatch and the cast introduce the UK premiere HERE) and since then the character has cropped up in several more marvel films notably the recent release of Spiderman Now Way Home which has the multiverse as a major plot device.  Its that multiverse that will again feature heavily in this sequel which we now get a glimpse of in the Doctor Strange in the Multiverse of Madness trailer

After the events of Avengers: Endgame, Dr. Stephen Strange continues his research on the Time Stone. But an old friend turned enemy seeks to destroy every sorcerer on Earth, messing with Strange’s plan and also causing him to unleash an unspeakable evil.

There’s been news of major reshoots for the new film as we reported HERE and further reports suggest there will be a host of cameos in this film due to the success of Spiderman No Way Home. Sam Raimi’s replaces the films original director Scott Derrickson and we’re keen to see what Raimi’s return to a Marvel superhero film will bring.

“Doctor Strange in the Multiverse of Madness” opens in Cinemas on 6th May 2022.

Here’s the Doctor Strange In The Multiverse Of Madness

Here’s the second Doctor Strange In The Multiverse Of Madness trailer….