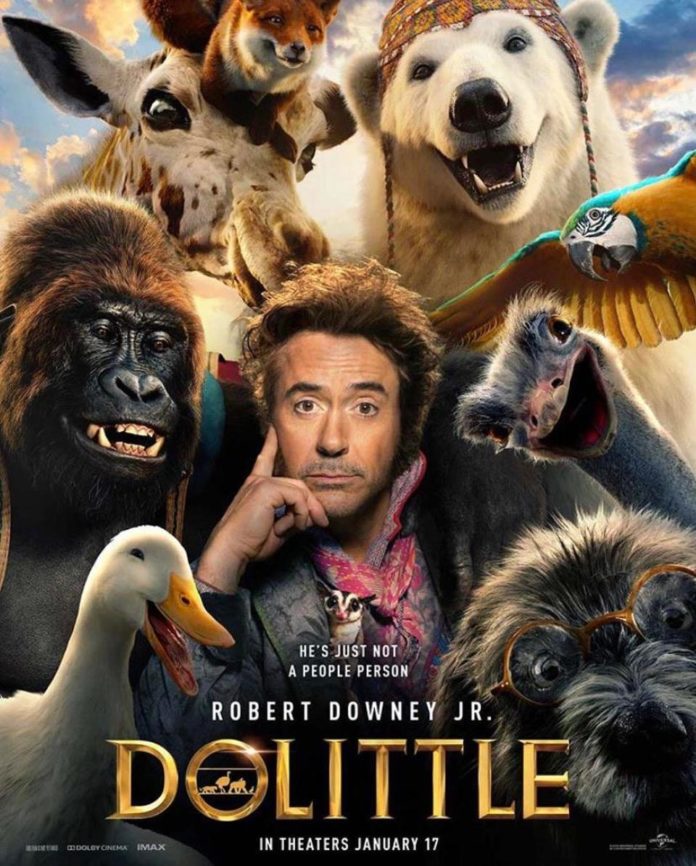 With the arrival of the new Dolittle trailer about a man who can talk to the animals it put us in mind of late animal impersonator Percy Edwards a favourite on kids TV show Blue Peter. We were never really convinced that old Percy who came across as a benevolent grandfather type who would utter some witless and rambling dialogue interspersed with him tunelessly whistling and saying, ‘Oh, look its a Finch!’ (tuneless whistle)  ‘Oh, its a Robin!’ (tuneless whistle) ……and frankly we ended up shouting at the TV, ‘Oh, looks it’s a Great Tit!’ but we digress.

Anyway we now have the first Dolittle trailer from Universal Pictures has now released the and poster the upcoming latest incarnation of the “Doctor Dolittle” story which has been helmed and co-written by of all people, “Syriana” filmmaker Stephen Gaghan. 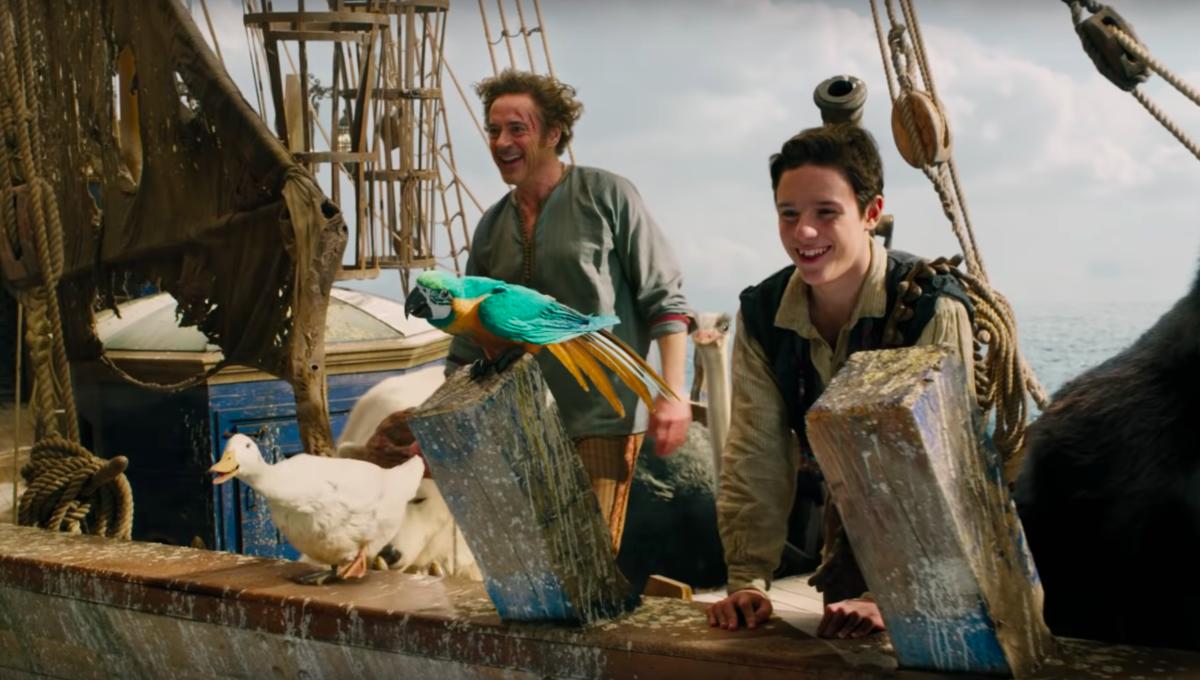 Though Marvel fans are up in arms about Robert Downey not being put forward for Oscar consideration for Avengers Endgame the Dolittle trailer will be his first non-Marvel role in five years. The film has Robert Downey Jr. as a physician and veterinarian living in Victorian-era England who suddenly discovers he can talk to animals. He sets out in search of a cure to help an ailing young Queen Victoria (Jessie Buckley) whilst trying to keep his ability under wraps.

There’s an enormous number of celebrity names voicing the animals including while Tom Holland, Rami Malek, Octavia Spencer, Kumail Nanjiani, Marion Cotillard, Ralph Fiennes, Selena Gomez, John Cena, Octavia Spencer and many more lend their voices to the animals and Antonio Banderas & Emma Thompson co-star in the film which underwent some massive retooling during production and comes in at a costly budget of $175 million.