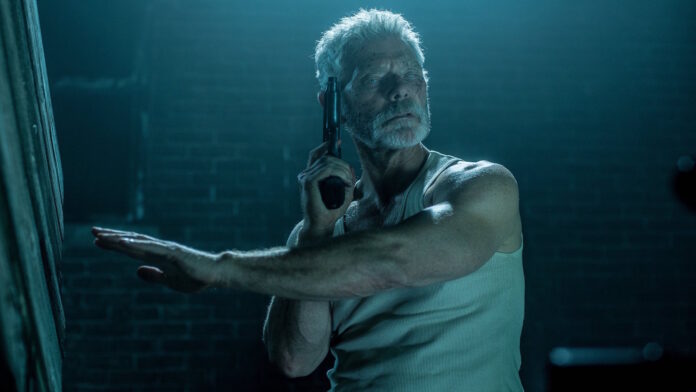 Out in 2016 Don’t Breathe was writer director Fede Alvarez follow up to the Evil Dead remake. A taut thriller about a trio of thieves hoping to walk away with a massive fortune, when they break into the house of a blind man plated by Stephen Lang who isn’t as helpless as he seems. It did well at the box office earning $157m worldwide and now a little later than expected we have a sequel and a first look with the Don’t Breathe 2 trailer which picks up after the events of the first film.

Hiding out for years in an isolated cabin, the Blind Man (Stephen Lang) has taken in and raised a young girl orphaned from a house fire. Their quiet existence is shattered when a group of kidnappers show up and take the girl, forcing the Blind Man to leave his safe haven to save her. 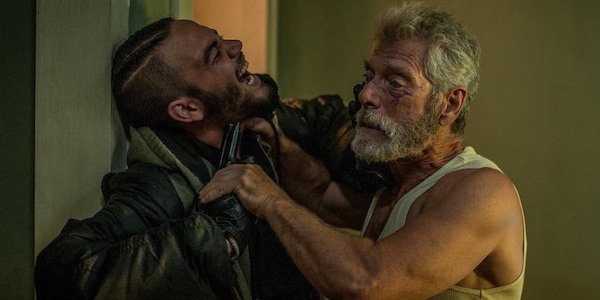 Stephen Lang was great in the blind man role and has being busy finishing James Cameron’s Avatar sequels and he looks as badass in the Don’t Breathe 2 trailer as he did on Pandora. Fede Alvarez has co-written the sequel but takes a back seat handing over the directing reins to his fellow screenwriter Rodo Sayagues whose debut this will be. From the trailer it looks like there will be a number of undesirable villains who will probably meet an untimely end at the hands of Lang’s Blind Man which made the first film so enjoyable with some expertly crafted set pieces and this looks no different in that respect. Alvarez meanwhile has been working on another Texas Chainsaw Massacre film the details of which you can read about HERE. Anyway if the film is any where near as good as the trialer we’ll be pleased,