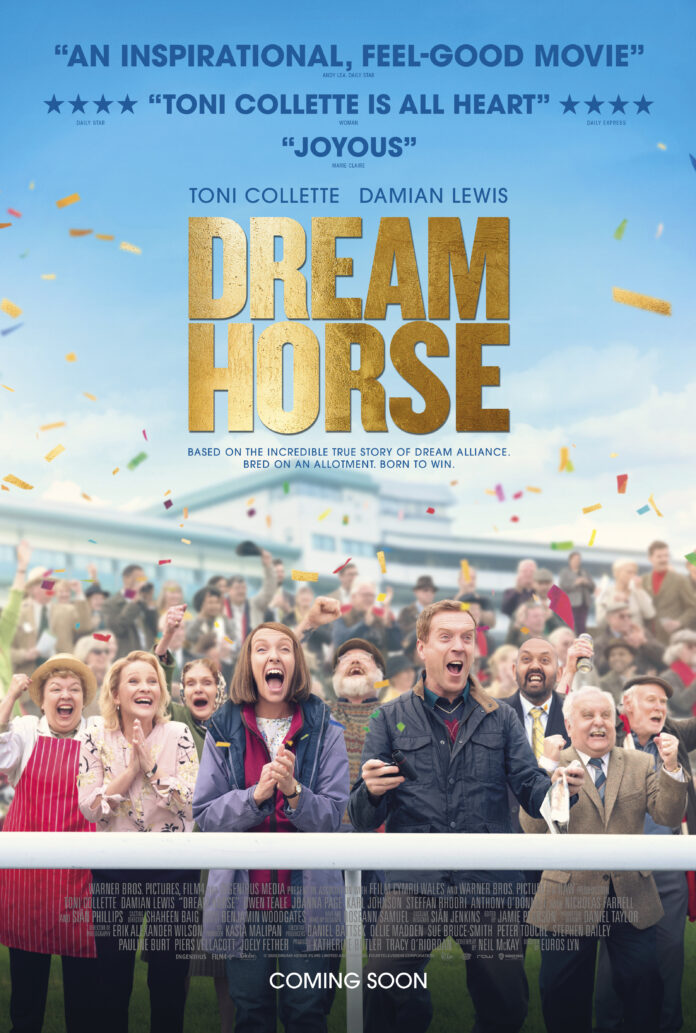 With a bunch of animal films coming out soon such as Peter Rabbit 2 we now have the Dream Horse trailer with a decent cast that includes Toni Collette, Damian Lewis, Owen Teale, Joanna Page, Karl Johnson, with Nicholas Farrell and Siân Phillips and directed by Euros Lyn who has an extensive career in TV series.

Jan Vokes, a cleaner and bartender, recruits her initially reluctant husband Brian and local accountant Howard Davies to help her bring together a syndicate of local people to breed a foal – which they name Dream Alliance. On the racetrack, he proves himself to be more than a match for the multi-million pound racehorses he comes up against – a true working-class champion, taking on the establishment at their own game. But much more than this, Dream begins to alter the lives of everyone in the syndicate, not least Jan’s. He is everything to her: friend, confidant and an escape from a life of always putting other people’s needs first. Dream Horse is a classic story of triumph against adversity, and a tale of how a woman strives to make her dream a reality in a place where hope is thin on the ground. 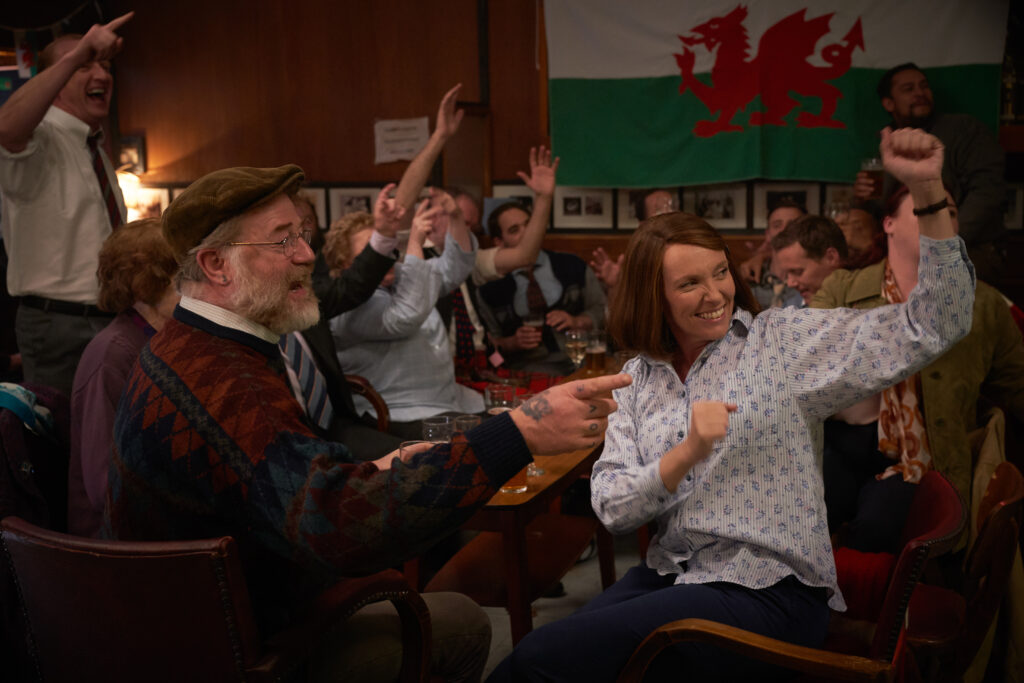 The film tells the inspiring true story of an unlikely race horse bred by small town Welsh bartender, Jan Vokes (Academy Award® nominee Toni Collette). With very little money and no experience, Jan convinces her neighbors to chip in their meagre earnings to help raise Dream in the hopes he can compete with the racing elites. The group’s investment pays off as Dream rises through the ranks with grit and determination and goes on to race in the Welsh Grand National showing the heart of a true champion.

Dream Horse will be released nationwide on 4th June 2021 by Warner Bros. Pictures