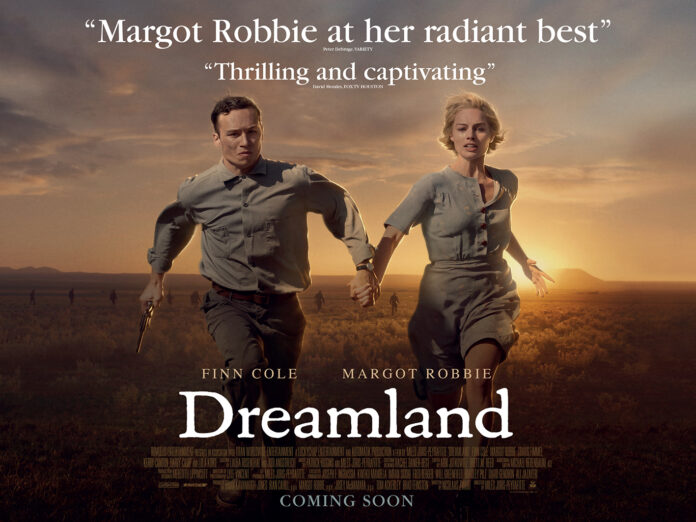 For us the news of a Dreamland trailer conjured up images of some sort of nirvana for  disgraced football commentator Andy Gray having downed too much booze and hurling sexist comments at a women’s football match without fear of recrimination. The reality is thankfully somewhat different starring as it does the ever lovely Margot Robbie who has proved time and again that she is an awards worthy dramatic actress with two Academy Award® nominations to her name already for ‘I, Tonya’ and exellent,’Bombshell’ – a true life film about sexism in the work place enough to give Andy Gray recurring nightmares.

Margot Robbie (I, Tonya, Once Upon a Time in Hollywood) produces and stars alongside Finn Cole in director Miles Joris-Peyrafitte’s mesmerizing love story set amidst America’s struggle during the Great Depression.  Eugene Evans (Cole) dreams of escaping his small Texas town when he discovers a wounded, fugitive bank robber (Robbie). Torn between claiming the bounty for her capture and his growing attraction to the seductive criminal, Eugene must make a decision that will forever affect the lives of everyone he’s ever loved. Travis Fimmel (Warcraft), Kerry Condon (Avengers: Infinity War), Darby Camp and Lola Kirke (American Made) also star. 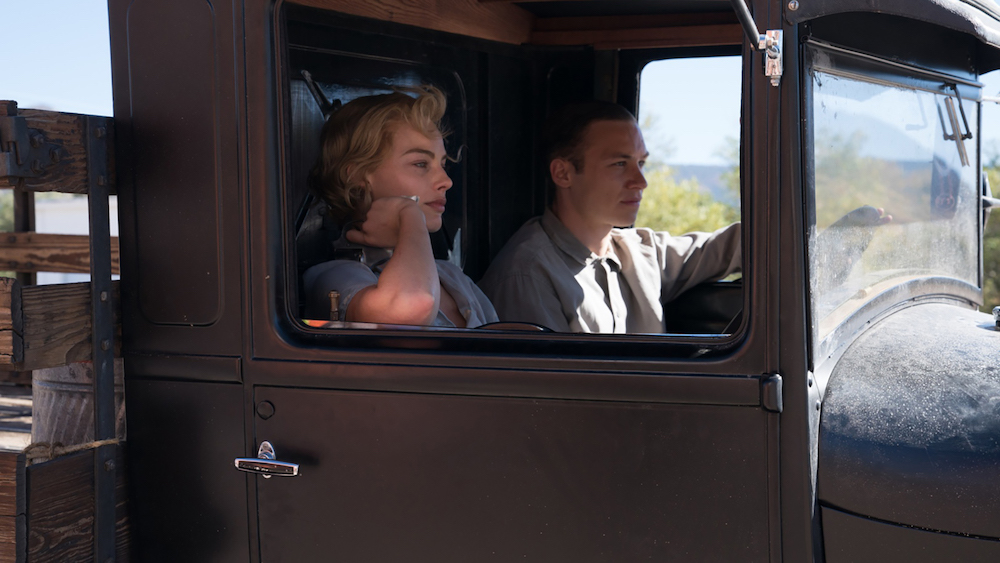