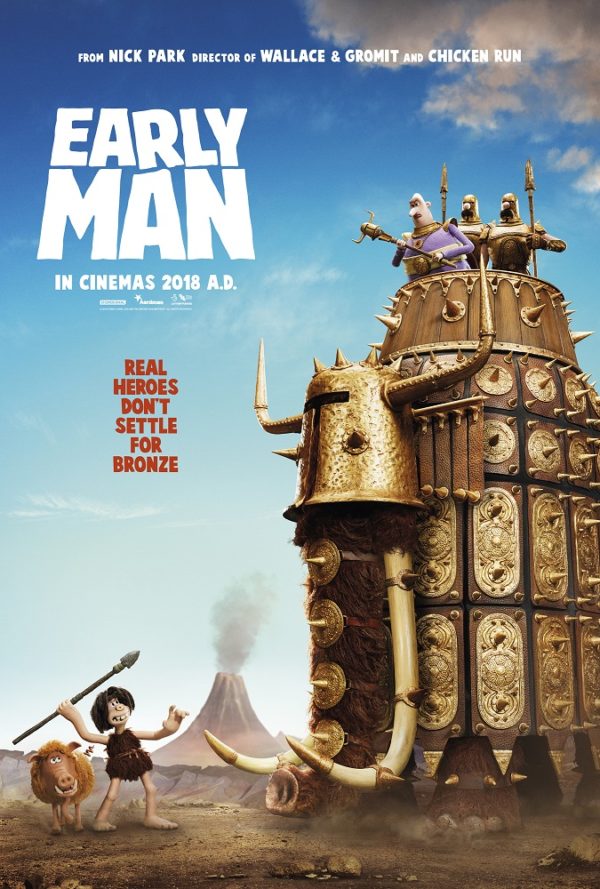 Nick Park’s animation are always a treasure to behold and with the recent passing of Peter Sallis who voiced Wallace of Wallace and Gromit fame any future films of the duo seem uncertain. However what we can look forward to is there Park’s first feature length film since 2005’s ‘Curse of the Were-Rabbit’.

‘Early Man’ is set at the dawn of time, when prehistoric creatures and woolly mammoths roamed the earth, and tells the story of Dug, along with sidekick Hognob as they unite his tribe against a mighty enemy Lord Nooth and his Bronze Age City to save their home. With voices supplied by Eddie Redmayne , Tom Hiddleston, Timothy Spall and of all people Johnny Vegas it looks sure to be another hit.