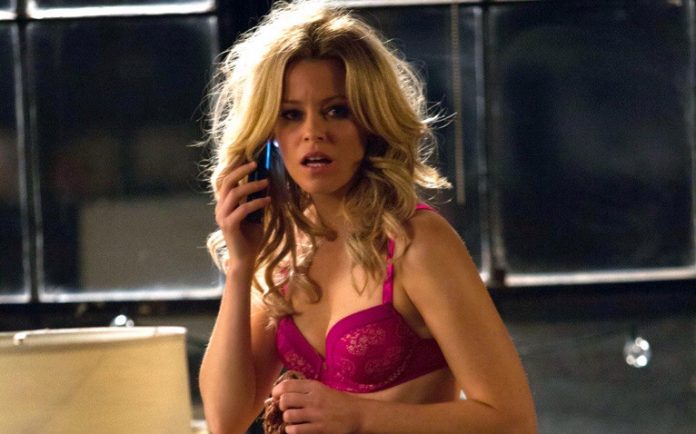 Unsurprisingly this was of sudden interest to the Editor when the news landed on our desks that Miss Banks was going to portray a burlesque dancer named Jenny in ‘The Happytime Murders’ so as a frankly disgraceful bit of titilation we’ve included the above photo.

We’re a little surprised that she’s doing such a role as she’s proved herself as both an excellent actress in The Hunger Games franchise, a gifted comedienne in the Pitch Perfect franchise and a pretty good director too and will be directing the Charlies Angels reboot.

‘The Happytime Murders’ follows two clashing detectives, one human (Melissa McCarthy) and the other a puppet, who are forced to work together to find the killer who is murdering the former cast of the classic puppet show “The Happytime Gang”.

Filming begins this week in Los Angeles ahead of an August 2018 release and is to be directed by Brian Henson.

The Editor is looking forward to the trailer for this one and no doubt will soon have another Hollywood star taking out an injunction against him…….