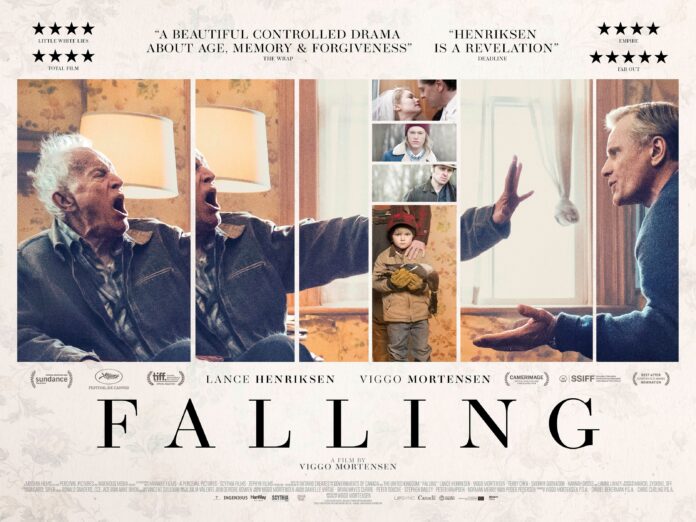 What we had forgotten about was that Viggo Mortensen had been Oscar nominated three times for his roles in Eastern Promises as well as Captain Fantastic and Green Book which won Best Film. The actor came to everyone’s attention in the Lord of the Rings trilogy and has gone on to great acclaim since but now, like so many actors, he’s turning his hand to directing and having worked with so many respected directors we’re keen to see what appears to be a deeply personal film if the Falling trailer is anything to go by.

John Petersen (Mortensen) lives with his partner Eric (Terry Chen) and their adopted daughter Monica in Southern California. His father Willis (Lance Henriksen/Sverrir Gudnason) is a farmer whose attitudes and behaviour belong to a far more traditional era and family model. When Willis travels to Los Angeles for an indefinite stay with John’s family in order to search for a place to retire, these two very different worlds collide. As father and son confront the events that have torn them apart, their 40-year-relationship is explored from dark to light, from rage and jealousy through to acceptance, laughter, and hard-won grace. 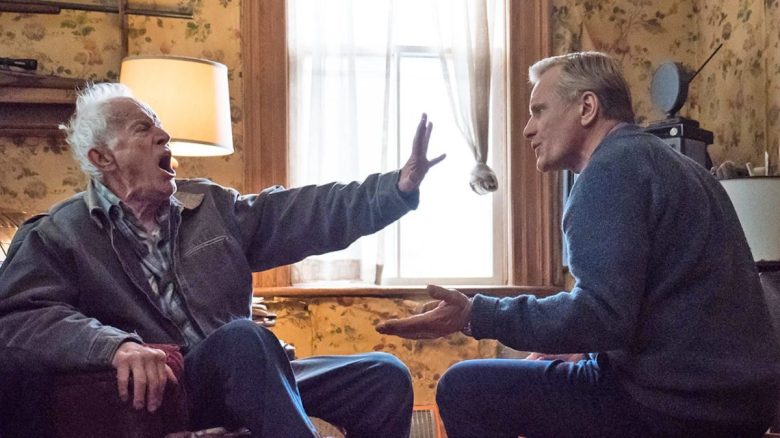 Starring Lance Henriksen (Terminator), Viggo Mortensen (Green Book, Eastern Promises) and Laura Linney (The Roads Not Taken, Sully, Nocturnal Animals), FALLING is a sensitive, beautifully crafted debut from the multi-talented Mortensen, who wrote, directed and scored the film. Rooted in Mortensen’s own upbringing and relationship with his parents, the film explores universal themes of loss, pain, and the need to connect, with a powerhouse performance by Henriksen at its core. There’s also an acting role for director David Cronenberg who Mortensen worked for in the lead role of ‘Eastern Promises’ and ‘A History of Violence’.

Win the DVD of thriller, ‘The Secrets She Keeps’……EXPIRED