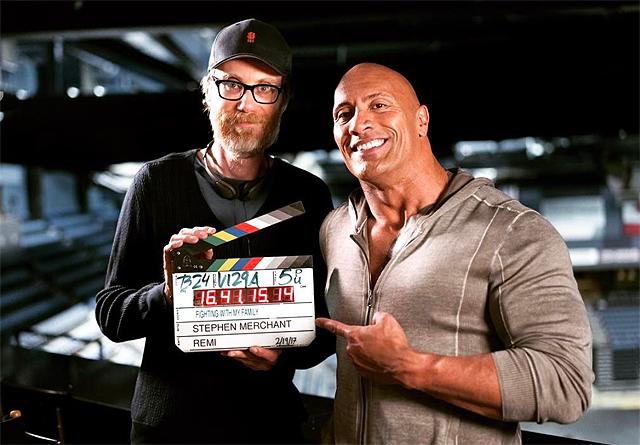 We’re big fans of Stephen Merchant and we told you about his new film a little while ago here and now the  Fighting with my Family trailer has arrived. The film features none other than than Dwayne ‘The Rock’ Johnson who also produces. This is the second time Merchant and Johnson worked together after they appeared together in Tooth Fairy some years ago.

The film follows a former wrestler and his family make a living performing at small venues around the country while his kids dream of joining World Wrestling Entertainment. Apart from Dwayne Johnson the film has a British cast that includes Florence Pugh (The Commuter), Lena Headey, Vince Vaughn (Brawl in Cell Block 99), Nick Frost (The Huntsman Winter’s War)and Stephen Merchant himself who we will shortly see in a far more serious role in ‘The Girl in the Spiders Web‘ having already appeared in Logan last year. 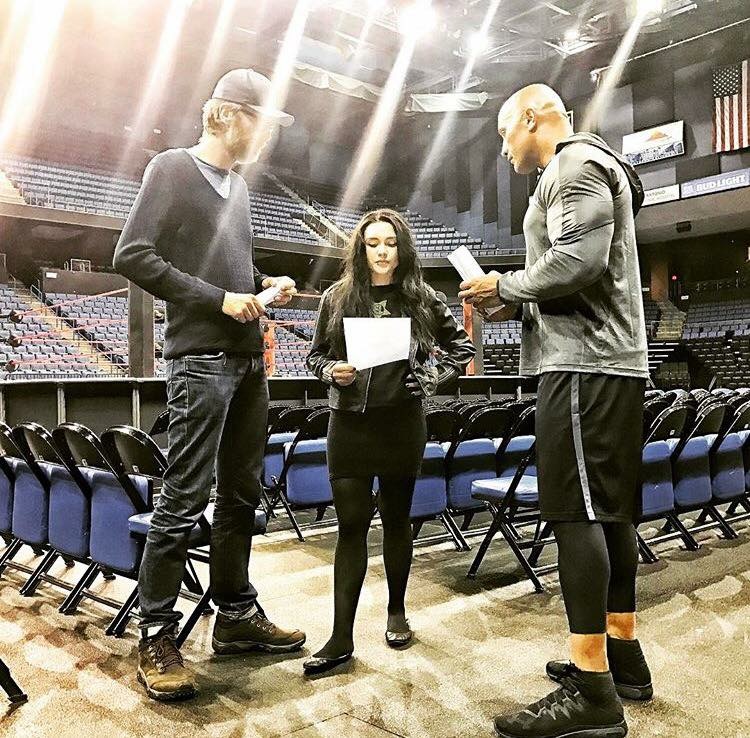 Fighting with my Family trailer is based on WWE superstar Paige and her family and as well as the UK scenes shot in Norwich and Great Yarmouth the production also went to Staples Center in Los Angeles for the climatic scenes.

Merchant is no stranger to directing having directed TV with Ricky Gervais on The Office, Extras, Life’s too short as well as the debut feature Cemetery Junction. He then went over to the US to direct a TV adaptation of his stand up act ‘Hello Ladies’ which was very underrated and we wish they would show it over here as Merchant brilliantly played the lead role as an awkward gauche fish out of water Englishman in LA. We really like him as a comic actor and feel that he’s been in Gervais shadow for too long.

Here’s the Fighting with my Family trailer…….