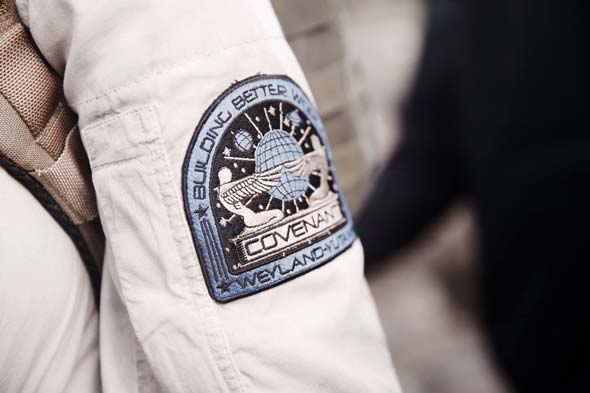 So with filming having just started on the sequel to Alien prequels ‘Prometheus 2’ or ‘Alien: Covenant’ as it will be actually titled here’s a typical teaser of a photo and we’re unlikely to see anything more revealing at the moment seeing as filming has only just begun.

Ridley Scott directs with Michael Fassbender as the synthetic robot now on his own on a remote planet possibly populated by the Engineers.

Green is also involved with the Blade Runner sequel script as well as Wolverine 3. Paglen on the other hand wrote the terrible Johnny Depp starrer, ‘Transcendence’. Oh dear!