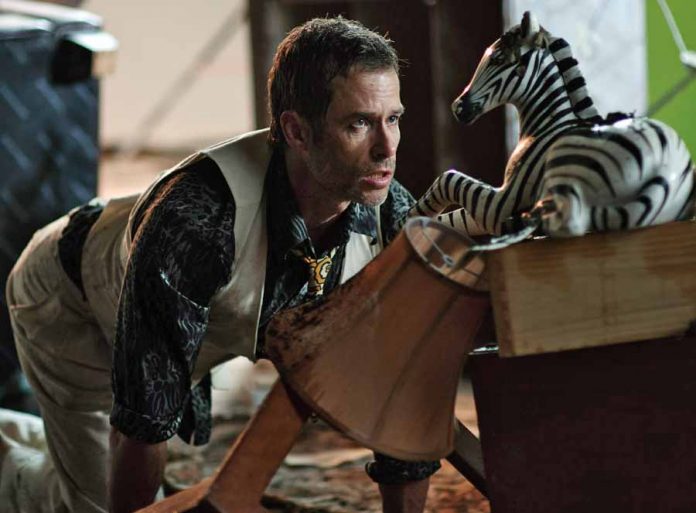 Guy Pearce has come a long way since awful Aussie soap opera TV tat fest, ‘Neighbours‘ having since gone to Hollywood  and appeared in top notch films, ‘LA Confidential’ – which the Editor thought was his local lap dancing club (‘Rubbish! I’ve never been there. I go to the one next door to it’- Ed), ‘Memento’, ‘The Hurt Locker’, ‘Iron Man 3’ & ‘Prometheus’.

So having worked with some of the best directors (Ridley Scott, Christopher Nolan) he’s having a go himself and is set to make his directorial debut with Australian paranormal drama ‘Poor Boy’, based on the stage play in which he starred.

Pearce will also play the lead in the feature with the cast including Frances O’Connor (Mansfield Park, The Missing), Richard Roxburgh (Moulin Rouge!), Callan Mulvey (Batman v Superman: Dawn of Justice) and Sarah Peirse (The Hobbit). The screenplay is by Matt Cameron, adapted from his own stage play created with Crowded House singer-songwriter Tim Finn

Shooting will begin early next year.