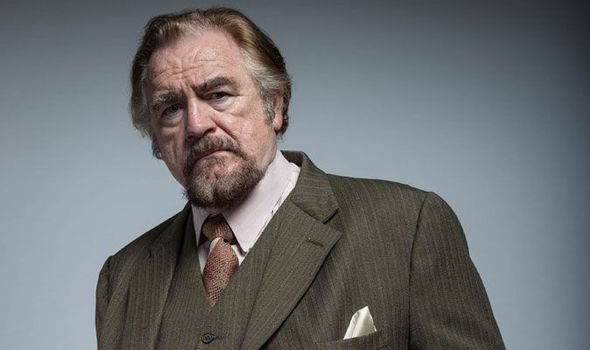 Production has just started on a new film about the lead up to the D Day landings and will star Brian Cox as Churchill himself.

The synopsis is that on May 23rd, 1944: as tensions mount in the 48-hours preceding D-Day, the now-beleaguered Prime Minister Winston Churchill, played by Brian Cox (The Bourne Supremacy, X-Men 2, Zodiac, War & Peace, Troy), must prepare a final attempt to crush Hitler’s encroaching army. With the entire War effort ultimately hinging on this decision, the stakes have never been higher. As the Wartime leader clashes with his generals, tension builds with the Americans, and Churchill must wrestle his inner-demons in order to navigate the Allies to victory.

Directed by Jonathan Teplitzky (The Railway Man, Marcella) and written by British historian and author Alex von Tunzelmann in her feature debut, CHURCHILL is a unique, challenging and intimate portrait of the man behind the public figure, widely regarded as the Greatest Briton of all time.