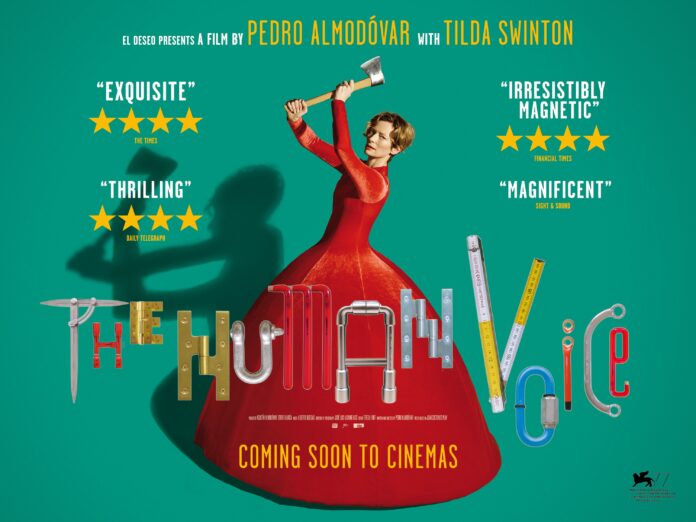 Pedro Almodovar’s films might not be to everyone but there’s certainly enough variety in his back catalogue to find something to appeal and he continues to attract awards and nominations as he did with last years Oscar nominated ‘Pain and Glory‘.  Well now we have his latest with the release of the THE HUMAN VOICE trailer. Unusually for Almodovar this is a short film shot over just nine days in Madrid in July at the height of the pandemic and the film was recently premiered to critical acclaim at the Venice Film Festival. And it you’ve been put off his previous films because of the subtitles then now is a chance to get into his films as this is Almodóvar’s first work in the English language.

Madness and melancholy intersect to thrilling effect as Almodóvar reimagines Jean Cocteau’s short play The Human Voice for an era in which isolation has become a way of life. Laws of desire become the rules of the game as Tilda Swinton’s unnamed woman paces and panics in a glorious Technicolor apartment where décor offers a window into her state of mind. A woman watches time passing next to the suitcases of her ex-lover (who is supposed to come pick them up, but never arrives) and a restless dog who doesn’t understand that his master has abandoned him. Two living beings facing abandonment. 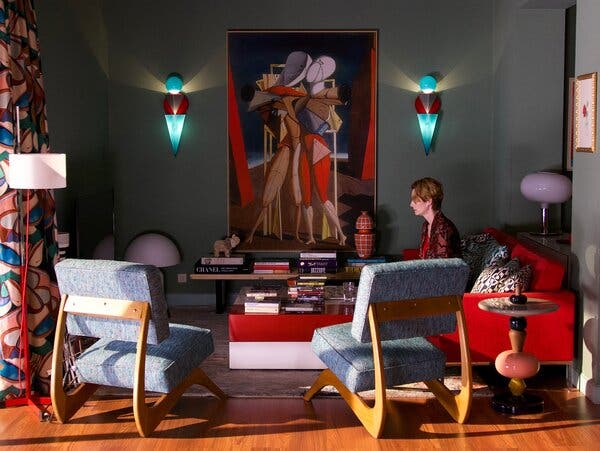 Writer/Director Pedro Almodóvar is one of Spain’s most celebrated filmmakers with numerous accolades to his name including an Academy Award®, four BAFTAs, numerous Goyas and over 100 further wins and nominations and his other films include WOMEN ON THE VERGE OF A NERVOUS BREAKDOWN, ALL ABOUT MY MOTHER and  VOLVER.

The film is released in UK cinemas on November 7th 2020 (hopefully we’ll still have at l4ast some cinemas open by then!)