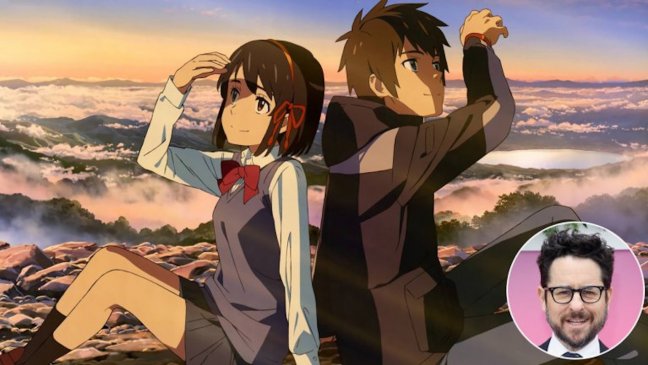 We love our friends at Paramount but the studio not had a great year. They had a new CEO but have been hit by number of disappointing releases this year and even the normally reliable Transformers franchise only made $605m worldwide which is almost half what the last Transformers film, Age of Extinction,  made in 2014.

The live action version of Ghost in the Shell starring Scarlett Johansson, though stunning to look at only earned $169m from its $110m budget so you would think that the studio might b shy of another live action anime film. It would seem not though as Paramount Pictures and Bad Robot announced they have won the rights to adapt the hit Japanese film YOUR NAME for the big screen. The two companies will work with Japan-based Toho Co., Ltd., the producers of the acclaimed original animated film, to develop a live-action take on the story

Bad Robot is J.J. Abrams who will produce along with Genki Kawamura, producer of the original film and Academy Award®-nominated screenwriter Eric Heisserer (ARRIVAL) will write the screenplay so it has a decent pedigree to make it work.

YOUR NAME, an original story created, written, and directed by Makoto Shinkai, tells the story of a teenage boy and girl from different backgrounds who discover they can swap bodies.  They become desperate to cross space and time to find a way to meet and stop an impending disaster.

Quite how this will turn out is anyone’s guess at the moment but we hope for Paramount’s sake it works out.

Here’s the trailer for the animated original…….