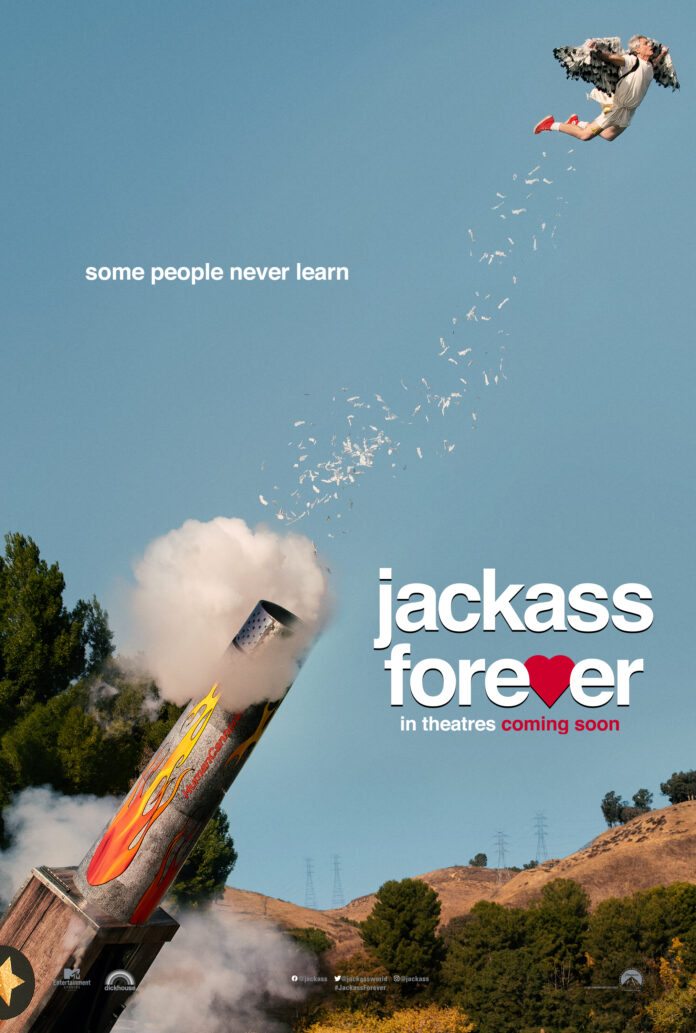 It has been ten years since the Jackass 3D movie and the gang are back for what they say will be the final time with the Jackass Forever trailer. The film has already proved controversial with animal rights group PETA protesting about the use of animals in the film which includes spiders, snakes and bears being provoked.

Celebrating the joy of being back together with your best friends and a perfectly executed shot to the dingdong, the original jackass crew return for another round of hilarious, wildly absurd, and often dangerous displays of comedy with a little help from some exciting new cast.  Johnny and the team push the envelope even further….There does look as though there will be the usual bonkers stunts and pranks and we especially like Johnny Knoxville’s grandpa who looks like he’ll be in the thick of all this too. However Johnny Knoxville got a broken rib, a broken wrist, a concussion and a hemorrhage in his brain by ”performing a magic trick for a bull” for the film…..they really do suffer for their art! 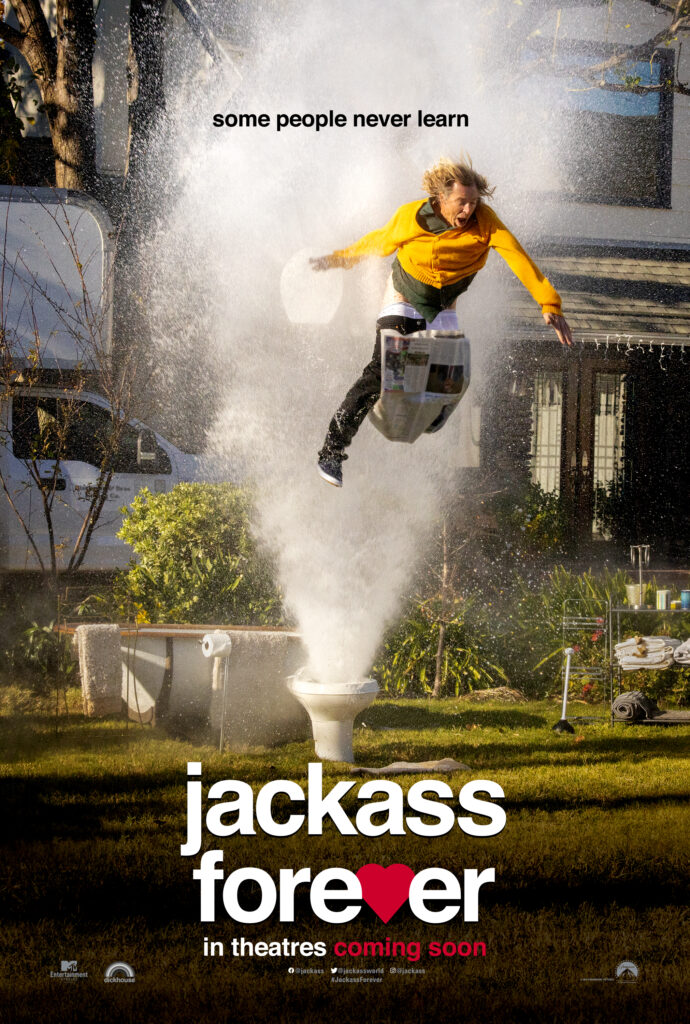 Looks like the gang have sustained the expected injuries making this with Knoxville and Steve-o hospitalized after a skit on a treadmill which can be glimpsed in the Jackass Forever trailer. Steve-O sustained concussion amongst a number of other injuries. Not all the gang returning notably Ryan Dunn who was killed in a driving accident in 2011 and Bam Margera will not be returning either because of all his personal issues. What’s more Steve-O has even said that they are all really too old to still be performing all those stunts anymore and by the look of the Jackass Forever trailer he might well be right

The film will be released in cinemas only on October 22nd.