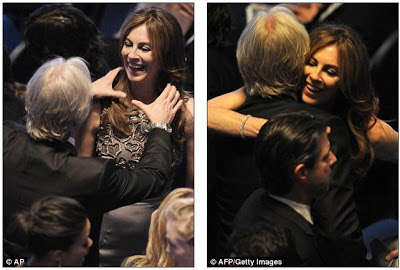 With the re-release of Terminator 2 in 3D just a few days away it seems that director has upset fans of Wonder Woman telling them that hr depiction is, ‘a step backwards’ for women on screen in an interview published yesterday.

‘All of the self-congratulatory back-patting Hollywood’s been doing over Wonder Woman has been so misguided. She’s an objectified icon, and it’s just male Hollywood doing the same old thing! ’m not saying I didn’t like the movie but, to me, it’s a step backwards. Sarah Connor was not a beauty icon. She was strong, she was troubled, she was a terrible mother, and she earned the respect of the audience through pure grit. And to me, [the benefit of characters like Connor] is so obvious. I mean, half the audience is female!”

Oh dear! As you can imagine he was inundated with abuse with fans venting their anger at him and digging up all manner of contradictory things he’s done and said in the past including an interview with one of his ex wives Linda Hamilton (Sarah Connor herself)  where she said that her marriage had been ‘terrible on every level’. Others went on to point out Jamie Lee Curtis lap dance in lingerie in ‘True Lies’ or that he used to refer to Kate Winslet as Kate weighs-a -lot in ‘Titanic’ and not forgetting his admittedly playful mock throttle of another ex wife Kathryn Bigelow at the Oscars where they were both nominated for their films but she won for ‘The Hurt locker’ (see header photo).

The director now turned vegan was notorious for his on set behaviour  with the crew of Terminator 2 wearing T shirts reading ‘T3 – not with me’. However he claims that since then he’s become a lot calmer which he will probably need to be as he starts work on directing the next four Avatar films back to back.