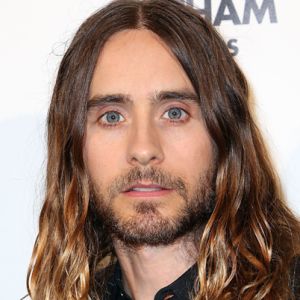 Fresh off the success of this Summers ‘Suicide Squad’ is Jared Leto who, having dyed his hair green, covered himself in tattoos and painted his face white will now continue to paint his face white when he takes the lead role as pop artist Andy Warhol in a new film based on Victor Bockris’ 1989 novel “Warhol: The Biography’.

As well as being openly gay Warhol was something of a hypochondriac and the film will explore this as well as how he opened his workshop called The Factory which was a comment on elevating art to a level of consumerism ….or something like that….it might be that he couldn’t think of a better name…who knows…maybe it was a factory.

Anyway Terence Winter who wrote ‘The Wolf of Wall Street’ will write the screenplay and Leto will produce although its not known who will direct. It’s already being eyed as a possible Oscar contender but then any half decent script is…..