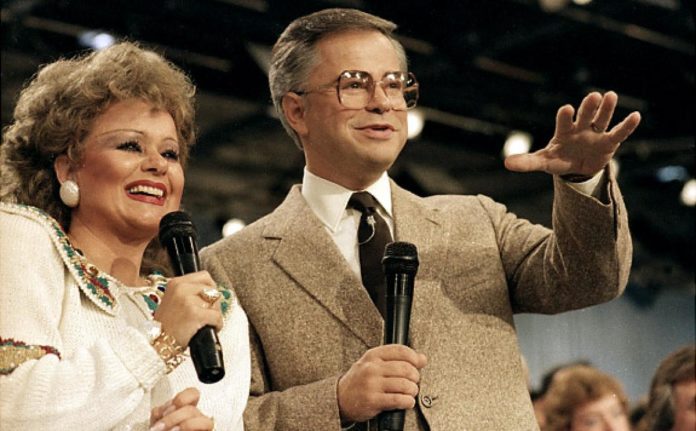 Jessica Chastain and Andrew Garfield are about to begin filming the absolutely extraordinary story of real life couple Tammy Faye & Jim Bakker in ‘The Eyes of Tammy Faye’. Now many may not have been around or even remember the rise, fall and redemption of televangelist Tammy Faye Bakker.

THE EYES OF TAMMY FAYE is an intimate look at the 1970’s and 80’s, where Tammy Faye and her husband, Jim Bakker, rose from humble beginnings to create the world’s largest religious broadcasting network and theme park, and were revered for their message of love, acceptance and prosperity. Tammy Faye was legendary for her indelible eyelashes, her idiosyncratic singing, and her eagerness to embrace people from all walks of life. However, it wasn’t long before their message of prosperity was found to be funded by financial improprieties, scheming rivals, and scandal which would topple their carefully constructed empire.

Chastain will produce alongside Kelly Carmichael and the film is written by Abe Sylvia and directed by Michael Showalter (The Big Sick), it stars Jessica Chastain (Crimson Peak) and Andrew Garfield (Silence). The film is based on Fenton Bailey and Randy Barbato’s acclaimed 2000 documentary of the same name chronicling the dynamic ascent and subsequent demise and redemption of televangelists Jim and Tammy Faye Bakker as described by Tammy Faye herself.