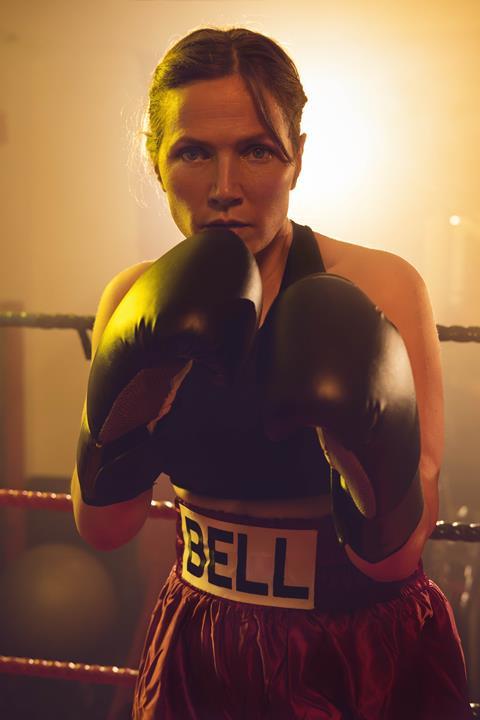 Anyone who recognises the name Jessica Hynes (formerly Jessica Stevenson before she got married) will know what a superb comic actress she is, you just have to see her as the half baked, witless PR in the BBC show ‘W1A’ to see just how good she is.

She co wrote the fab TV sitcom, ‘Spaced’ with Simon Pegg and has appeared in all manner of films including Bridget Jones Baby , Harry Potter and the Order of the Phoenix, and the underrated but great ‘Son of Rambow’. She’s often better than the show she’s appearing in but now she’s turned her hand to directing with The Fight where she stars as Tina, a mother who, attempting to juggle her dysfunctional family, takes up boxing in an attempt to literally sweat out her anxieties.

From the photo this looks very different from what she’s appeared in before…….