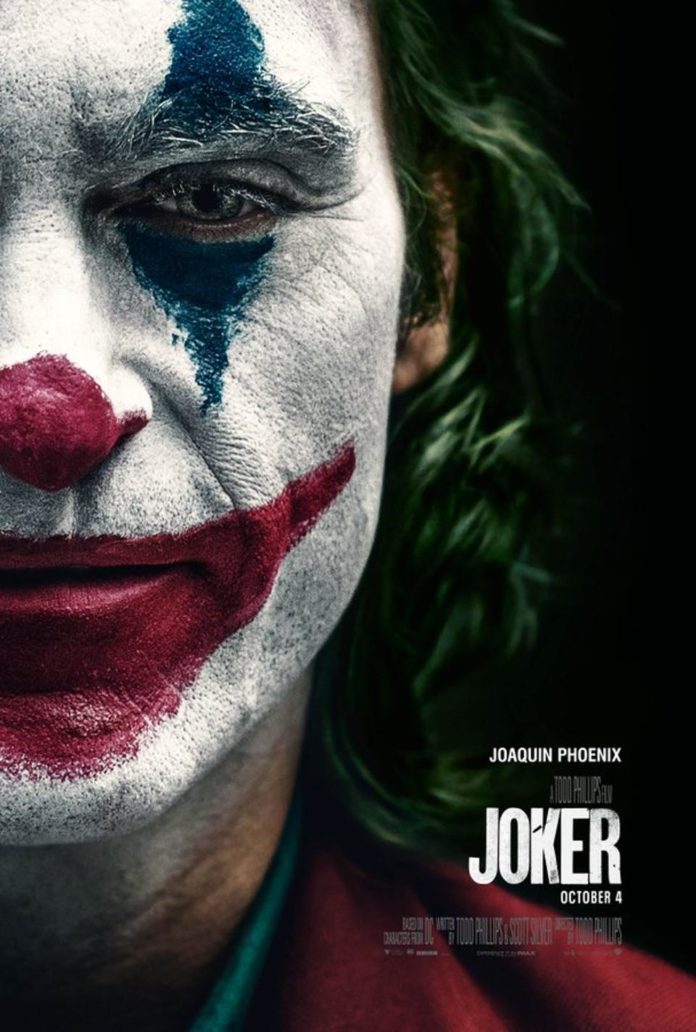 Much like comedienne Gina Yashire’s stand up routine there’s little to laugh about in Joker. Inspired by the iconic arch villain of Batman this bears little resemblance to the incarnations and origin stories we’ve seen over the years. Here Joaquin Phoenix plays clown and aspiring comedian Arthur Fleck represented by an agency for clowns he stands outside a shop trying to lure customers into a store that’s closing down. It’s fitting metaphor for his mental state and it all ends in violence when his sign is stolen and him  being beaten up by a bunch of street kids in alleyway of a divided Gotham city. It’s a taste of how sombre a film this is going to be with Arthur attending regular mental health assessments to supplement his long list of medication. Living with his elderly and infirm mother he is a lonely male prone to fantasies as first glimpsed when he imagines himself a guest of late night talk show host Murray Franklin (Robert De Niro) who, rather than act as his doorway to stardom will later turn out to be the instigator of his downfall. 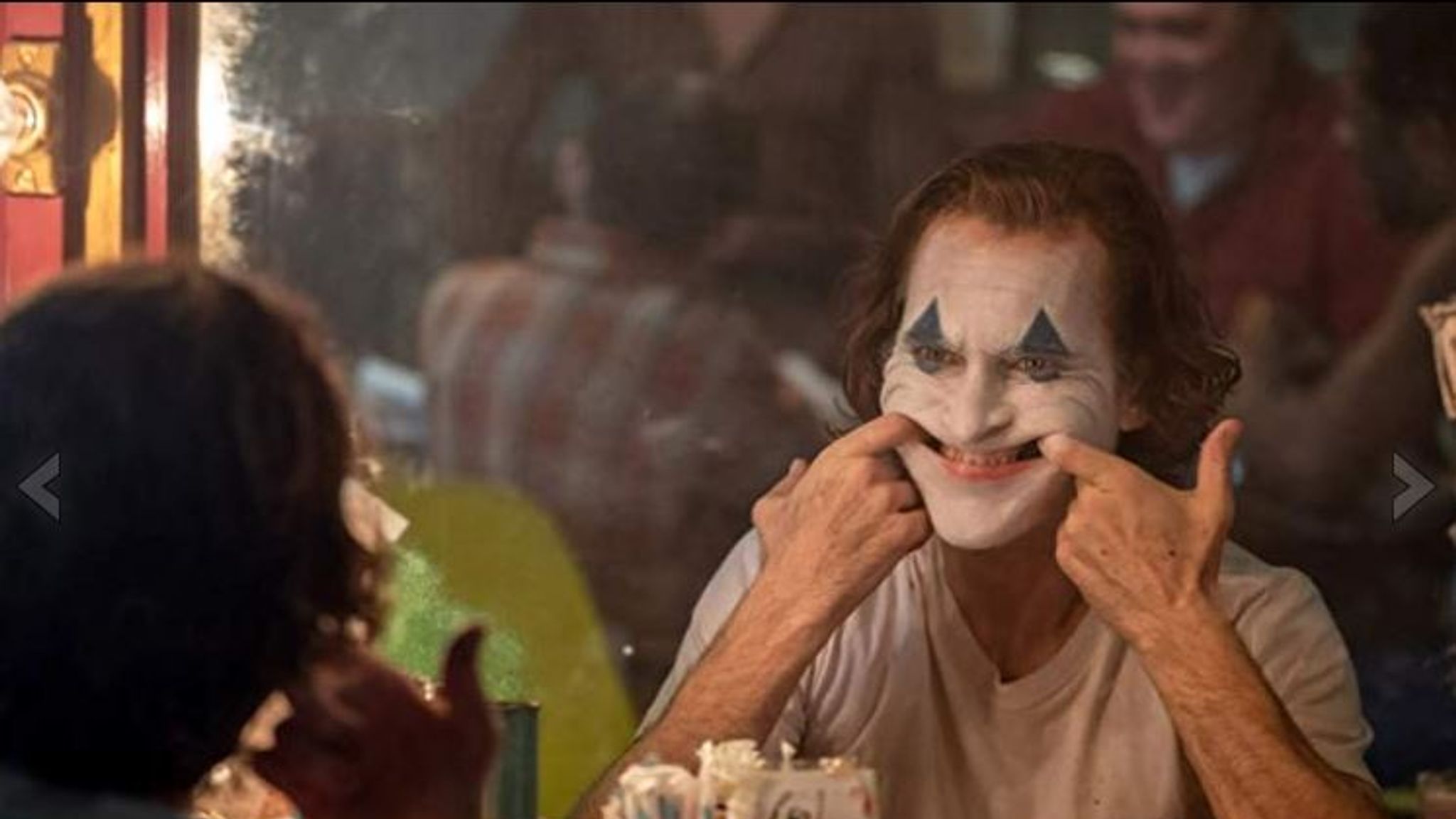 Right from the start Arthur as Joker is unstable, crying as he puts on his grinning clown make-up, his employer is already on the verge of firing him from his agency and the other clowns regard him as an oddity and it is an act of insanity when one of the them gives him a gun after hearing about the beating he’s taken from children. So as the film goes on his tortured soul and mental state grows ever more fragile and unbalanced prone to bursting out in laughter at the most inopportune moments. It’s after a disastrous children’s hospital ward performance where his gun falls out that it really tips him over the edge seeing off three yuppies on the underground who set about him, much like the kids did earlier on, and he dispatches them in turn unwittingly starting a movement against the rich and entitled. It’s here that the film ties in with the Batman origin story with Bruce Wayne’s father Thomas, a rich business man, running for election in a not so subtle dig at Trump.  For diehard DC fans this may disappoint that Joker shoehorns the Bruce Wayne story into the narrative here as its not strictly necessary but that’s a minor quibble. 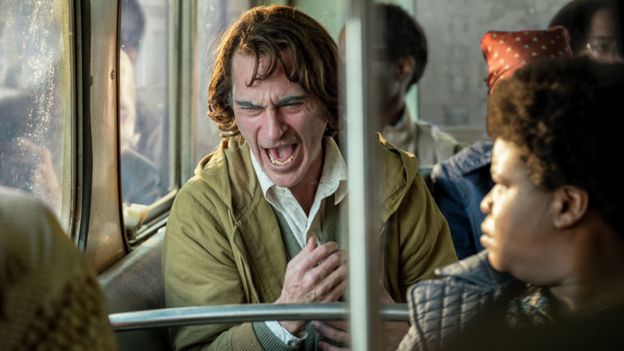 With Gotham City a simmering cauldron of violence with clown masked protestors on the streets it’s Joker who, having had his disastrous stand up routine filmed, only to find the clip of himself being laughed at on Franklin’s show. Like today’s viral film clips it results with Arthur being invited onto the show as a guest. So rehearsing his routine and what he’s going to say and do, the film builds to a climax as he insists that he be introduced as Joker.  In a way it’s almost a reminder of Phoenix’s appearance on David Letterman’s show where he appeared in character  when he was promoting his film,’ I’m Still Here’ and ended up being lampooned by Ben Stiller impersonating him at the 2011 Oscars. Much has been said about Joaquin Phoenix’s performance as Joker, anorexically thin with his rib cage all too visible, he is mesmerizing, laughing manically, the next uncontrollably violent – he is clearly a man who desperately needs help, it’s a brilliant performance that must be a strong contender for Best Actor Oscar. With hints of Cesar Romero and a momentary hint of Heath Ledger’s  this is one Joker that we’ve not seen before with a pointed speech where Phoenix’ Joker makes a plea on behalf of those that suffer mental illness and  is reminder that it wasn’t so long ago that Simon Cowell was parading the delusional and deranged on TV in the early X-Factor auditions as people to be derided and laughed at and here the fallout is appalling. 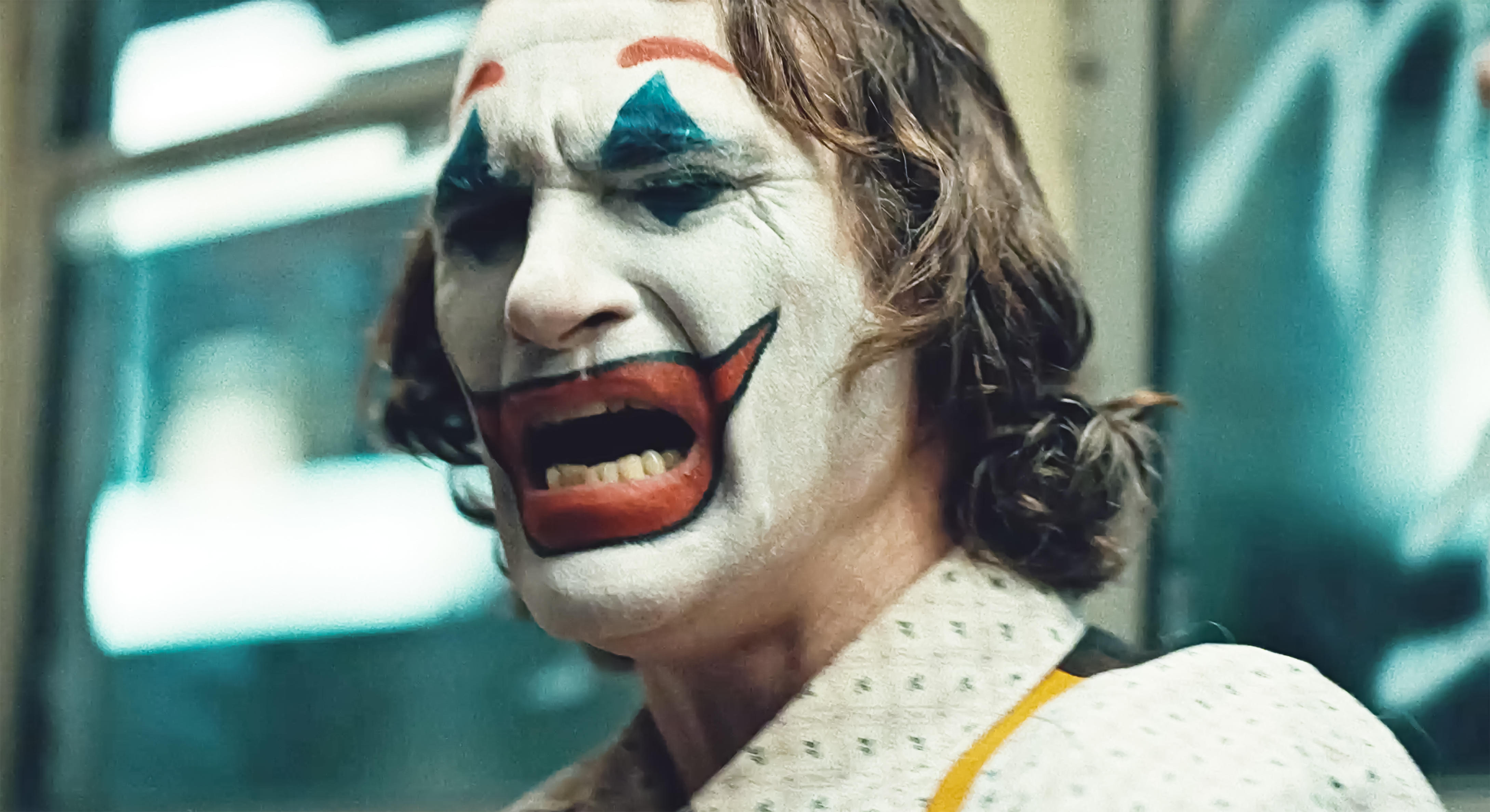 Equally astonishing  about Joker is that it’s been written and directed by Todd Phillips whose previous includes The Hangover franchise (which as the franchise went on included an increasingly out of place character with MH issues) and a whole load of other box office comedies none of which really gave a hint of how Joker would play out as. Heavily influenced by ‘Taxi Driver’ and ‘King of Comedy’ this has Phillips and Phoenix as a contemporary Scorsese and De Niro (ironically it’s De Niro who here plays the interviewer instead of the  frustrated comedian in ‘King of Comedy’). Those expecting a DC superhero blockbuster film will not get anything like that with no spectacular set pieces. Instead this is a disturbing, dark almost nihilistic art house character study and its all the better for that.