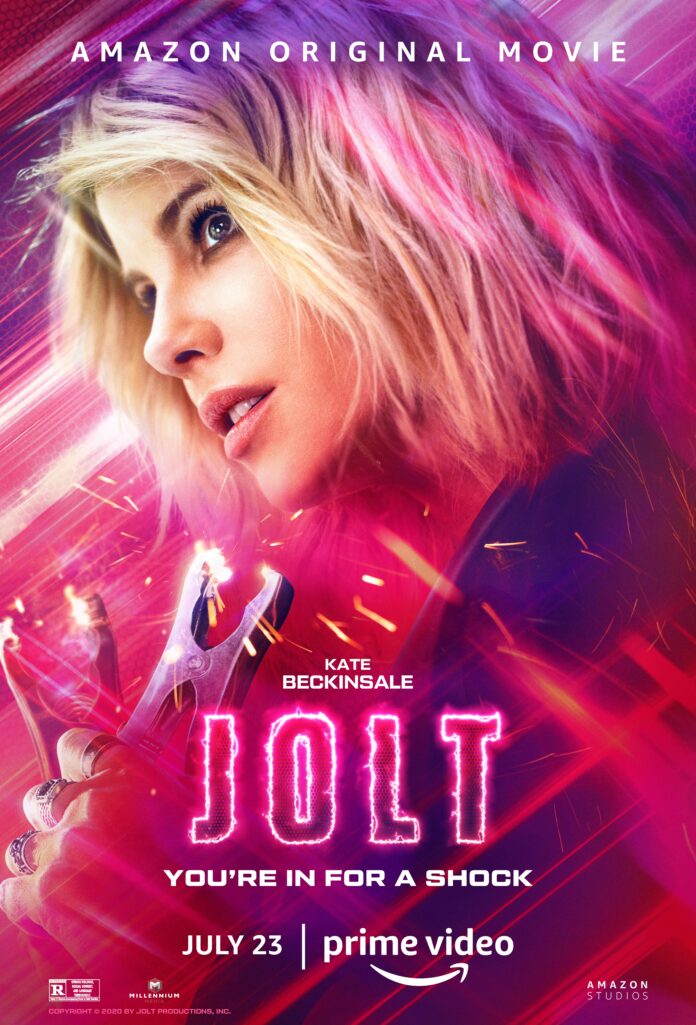 Despite our Editor being a dinosaur and still reeling from the shock that women are allowed to vote we are very proud to have a number of excellent female writers for AnyGoodFilms who are utterly fantastic. So we were especially keen to see the Jolt trailer starring Kate Beckinsale not taking any nonsense from any men and going full on ballistic if they go beyond the pale. In that respect it puts us in mind of our truly lovely Editor’s wife and how she now deals with our Editor when he persists in leaving the toilet seat up. 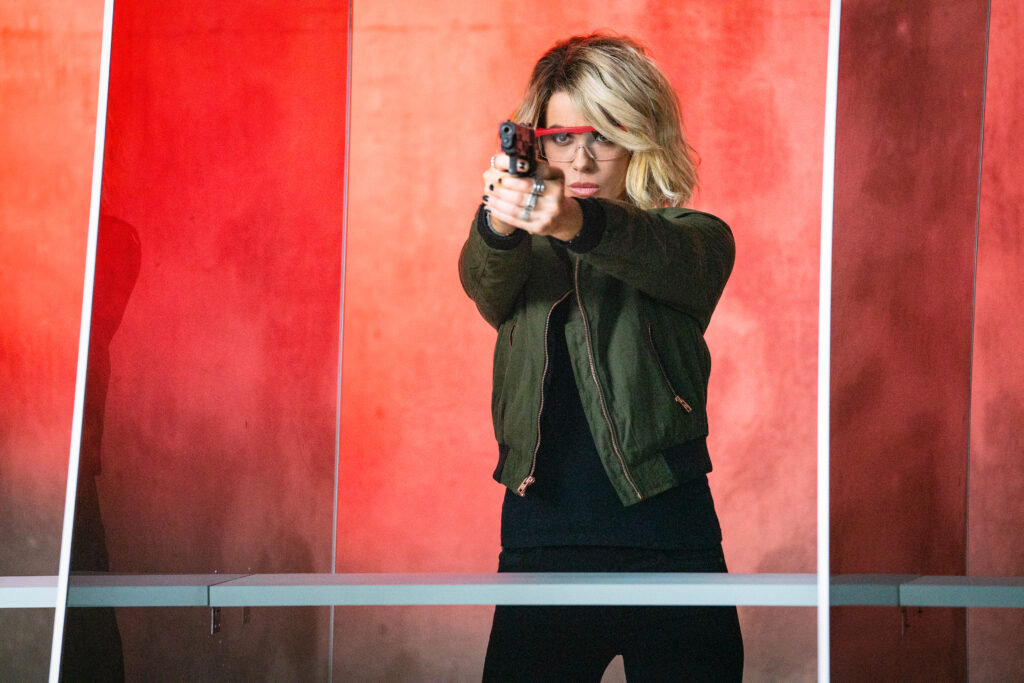 The Jolt trailer follows Lindy (Kate Beckinsale), a beautiful, sardonically-funny woman with a painful secret: due to a lifelong, rare neurological disorder, she experiences sporadic rage-filled, murderous impulses that can only be stopped when she shocks herself with a special electrode device. Unable to find love and connection in a world that fears her bizarre condition, she finally trusts a man long enough to fall in love, only to find him murdered the next day. Heartbroken and enraged, she embarks on a revenge-filled mission to find his killer, while also being pursued by the police as the crime’s prime suspect.

There’s something of the Billie Piper about Kate Beckinsale’s usually dark haired now blonde appearance in the Jolt trailer and the film has a good supporting cast that includes Bobby Cannavale, Jai Courtney, Laverne Cox, David Bradley, Ori Pfeffer, with Susan Sarandon and Stanley Tucci. Jolt is directed by Tanya Wexler who has an interesting back catalogue of films that includes ‘Hysteria’ about the development of a ‘specialist interest toy’ specifically made for women that had originally been intended for use as a medical instrument to relieve ‘hysteria’!