‘I am Spartacus’ is perhaps his most famous line but actually he was Kirk Douglas. Born Issur Danielovitich on 9th December 1916 his parents were Russian Jews who had arrived in New York from what was known as Belarus. Calling himself Isidor Demsky he worked his way through University and  going on to work first as a wrestler to fund acting classes where a young Lauren Ball was also attending. He always held himself high and the only thing he was uncertain about was his name which he now changed top George Spelvin under which he made his Broadway debut in 1941 before serving in the navy but was discharged on medical grounds. Marrying in 1943 to Diane Gill a former acting classmate (and having two sons of which Michael was one)  he returned to acting making his film debut aged 30 in the 1946 film ‘The Strange Love of Marta Ivers’. 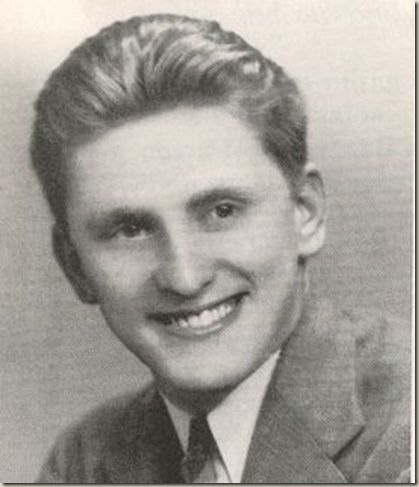 His unconventional looks meant Kirk Douglas veered between heroes and villains and his unsavoury role as a boxer in Champion earned him his first Oscar nomination it also established him as an actor of note which he would build on in the following few years which built to star status in Billy Wilder’s superb ‘Ace in the Hole’. He earned a second Oscar nomination in ‘The Bad and the Beautiful’ and by 1953 Kirk Douglas was an established star. By now he was divorced and in 1954 he married Ann Buydens with whom he remained for the rest of his life having two  sons  Peter and also Joel who tragically died in 2004. A third Oscar nomination followed for his uncanny performance as Van Gogh in ‘Lust for Life’ and this time lost out on winning the award to Yul Brynner in ‘The King and I’. Douglas was in good losing company that year with James Dean, Rock Hudson and Laurence Olivier. 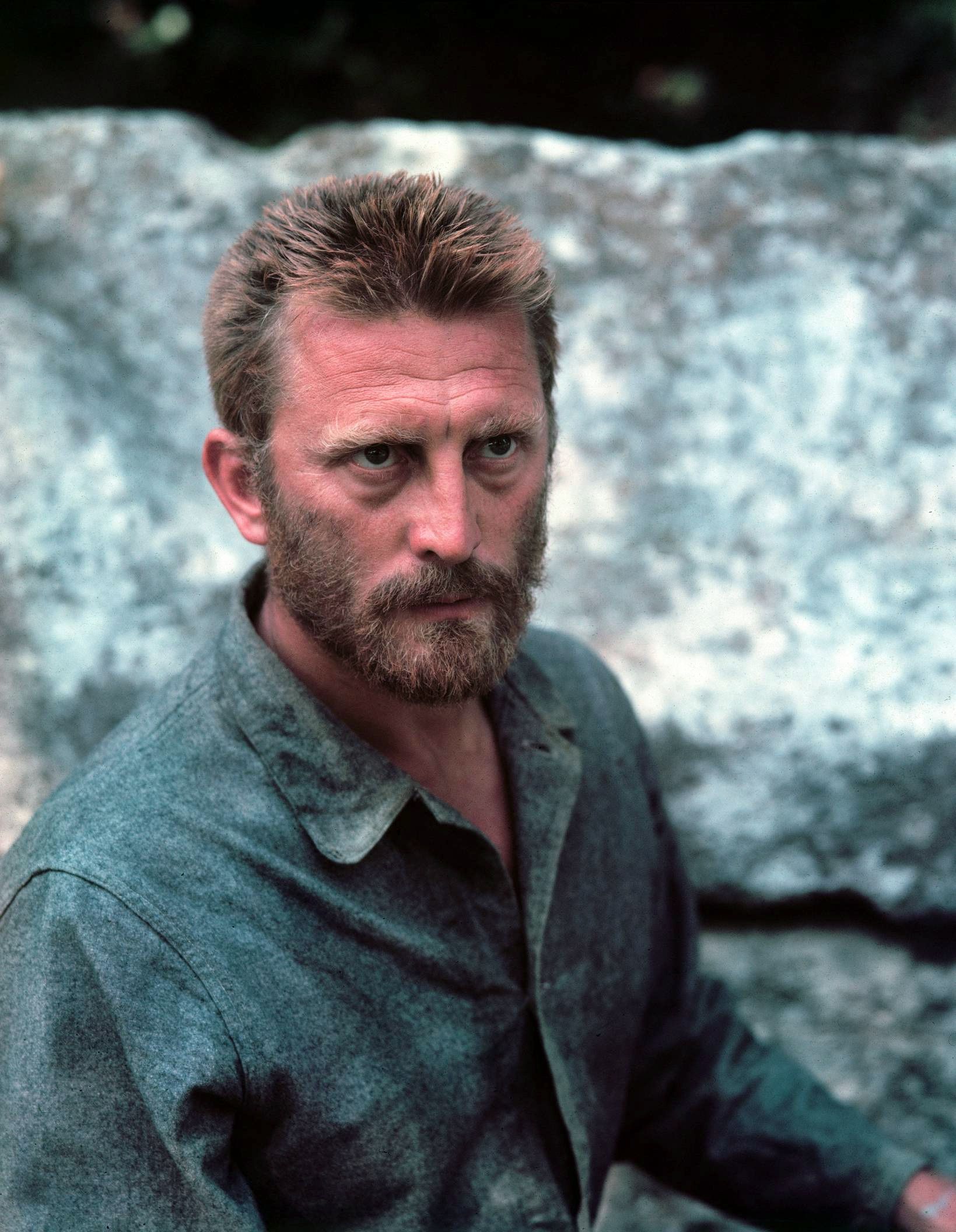 By 1955 he started challenging the studio system setting up his own company ‘Bryna’ making some decent period action films ‘The Vikings’ and ‘Gunfight at the OK Corral’. But significantly he fell in with a fledgling director Stanley Kubrick and made ‘Paths of Glory’ a searing indictment on the First World War. It led to Douglas hiring Kubrick a couple of years later to make the epic ‘Spartacus’ based on the Howard Fast novel about a slave rising up. It was a role he identified with saying, ‘I come from a race of slaves’ in his autobiography. Spartacus was far more a Kirk Douglas film than a Stanley Kubrick one and certainly for Kubrick it was not a happy experience determining that from then on Kubrick would always have full creative control over all his future films. Spartacus had been written by Dalton Trumbo who was on the anti communist black list and Douglas hiring him was his way of breaking the blacklist. The fact that Spartacus earned Pete Ustinov its only Oscar and didn’t even earn a best film nomination annoyed Douglas despite its commercial success. It was not the only time that Oscar success would elude Kirk Douglas. In the 60’s he’d made a number of largely forgotten films but had appeared on stage in the lead role of One Flew over the Cuckoo’s Nest and he had tried to get it filmed with no success eventually giving it to his son Michael who in 1976 did succeed in getting it made into a film. Not only that it went on to be only the second film in Oscar history to win the big five Oscars, Best Film, Actor, Actress, Director and Screenplay. In the 1970’s Kirk Douglas was in his 60’s and directed the occasional film and by the 1980’s his films were not really the heavy weight dramas of old – ‘Saturn 3’ saw him romping with Farah Fawcett Majors as they battled a demonic robot in space. By the end of that decade he had begun writing novels which were best sellers and in 1991 he deservedly won the AFI’s Lifetime achievement award followed in 1996 with an honorary Oscar. That same year he suffered a serious stroke but still managed to write several books as he recovered. By now he wasn’t making films regularly but in 2009 aged 92 he performed a one man stage show which was filmed as a documentary. In reality Kirk Douglas only made a handful of truly great films but his persona was huge and he was arguably the last of the Golden Greats of Hollywood. As he got older he embraced his Jewish origins wholeheartedly having a bar mitzvah at the age of 83. He was a battler his whole life but on 5th February 2020 aged 103 he finally succumbed.