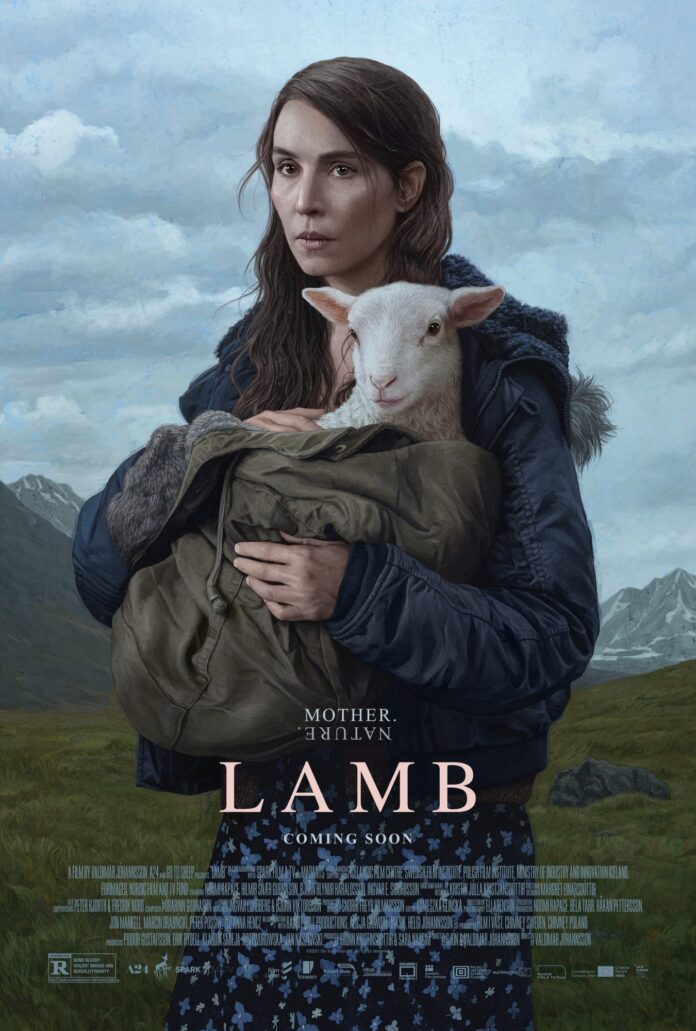 If you have not heard of film distributors A24 then they are the company who gave us Ari Aster’s “Hereditary” and “Midsommar” and Robert Eggers’ “The Witch” and “The Lighthouse” so it give you some idea of what to expect when there latest offering landed in our inbox which is the ‘Lamb’ trailer. Having premiered in Cannes this year followed by a teaser we now have the full Lamb trailer which has a subtly sinister vibe going on whilst at the same time having an extremely dark comedic tone too

The folk tale follows a childless couple in rural Iceland, a childless couple, María and Ingvar who discover a mysterious newborn on their farm. The unexpected prospect of family life brings them much joy, before ultimately destroying them.  They soon face the consequences of defying the will of nature.

So though the teaser kept the ‘child’ out of sight here the Lamb trailer offers a comic glimpse that when the film opens is sure to attract controversy with audiences either laughing or being outraged as to where the film is possibly headed. Valdimar Johannsson, who also wrote the script with Icelandic poet Sjon, directs the film. Co starring in the film is Noomi Rapace who made her name in The Girl with the Dragon Tattoo films and here she acts in Icelandic, a language she learned while living in Iceland as a child.
LAMB IS IN CINEMAS IN THE UK & IRELAND 10th DECEMBER 2021

Here’s the UK Lamb trailer…..we’re keen to see what you think of this!

Lady Gaga and Jeremy Irons together at last!