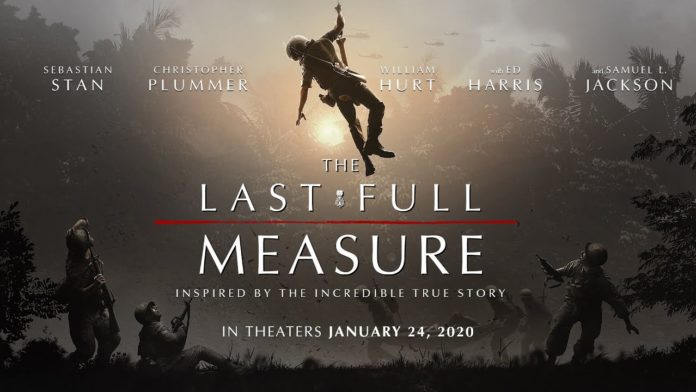 A bit of a first this but The Last Full Measure trailer stars Bucky Barnes, Nick Fury and General Ross…well that’s not quite true as it actually stars Sebastian Stan, Samuel L. Jackson, William Hurt who are back together after their Marvel exploits in a far more downbeat true story about military cover ups and and suppressed rewards for heroic action.

Sebastian Stan plays a respected Pentagon staffer tasked with investigating a Congressional Medal of Honor request for Vietnam War hero William H. Pitsenbarger (Jeremy Irvine), a U.S. Air Force Pararescuemen medic who personally saved over sixty men and died whilst remaining behind in battle three decades earlier. As he learns more though from those who survived, he uncovers a high-level conspiracy behind the decades-long denial of the medal – prompting him to put his own career on the line to seek justice for the fallen airman.

From the  look of The Last Full Measure trailer this looks like an engrossing true life story that been written and directed by Todd Robinson whose previous includes a whole slew of documentaries and his last feature film was seven years ago with the Ed Harris military drama, ‘Phantom’. By all accounts William H. Pitsenbarger was an incredible soldier and having joined the air force after college he was involved saving an immense number of lives on over 250 missions that he ran during the Vietnam war before he was killed in action. He was just 21.

Along with Oscar nominees Samuel L. Jackson and William Hurt there’s also Christopher Plummer, Diane Ladd, Ed Harris and the late Peter Fonda in one of his last screen roles before he died earlier this year.