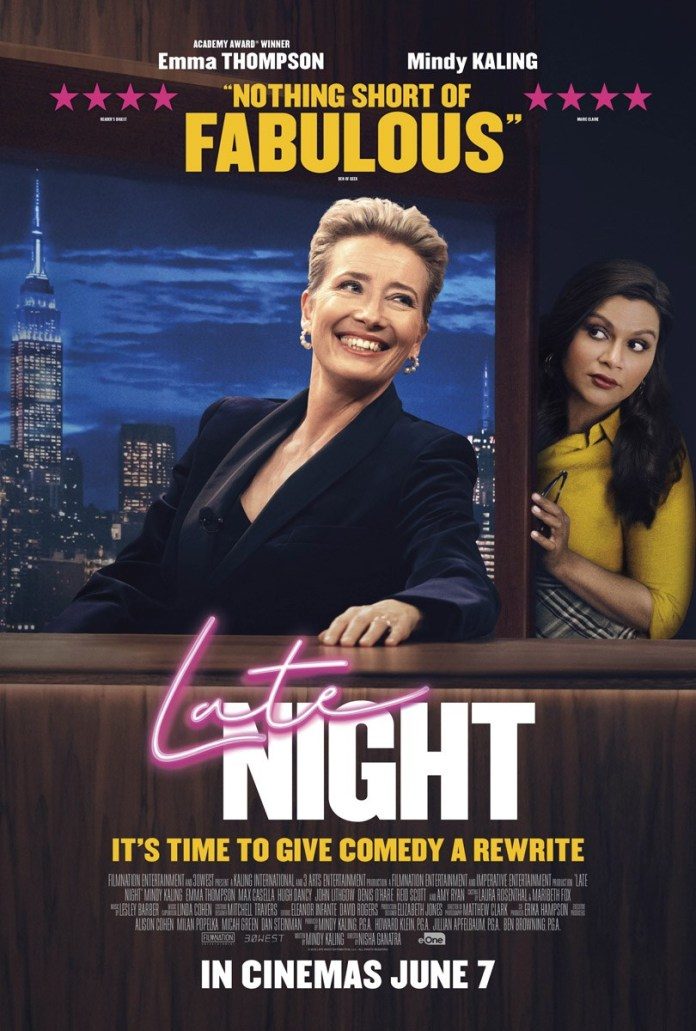 So though Emma Thompson has taken a bit of flack for her flying thousands of miles to take part in the extinction rebellion environmental protest that clogged up central London recently one thing she can’t be criticized for is her acting (and she’s a pretty good writer too winning the second of her two Oscars for the screenplay of Sense and Sensibility). Anyway the Late Night trailer is the latest film that sees her take a lead role in a post #TimesUp film that sees the two main roles being female with a male supporting cast.

LATE NIGHT is the story of legendary late–night talk show host Katherine Newbury (Thompson) who, after years of complacency and declining ratings, finds her show is on the network’s chopping block. Katherine’s world is turned upside down when she hires her first ever female staff writer, Molly Patel (Mindy Kaling) who brings fresh eyes and an honest perspective. Katherine’s decision has unexpectedly hilarious consequences, as her show is upended by Molly’s passionate, unapologetic, at times outright bizarre approach to comedy and to life. By finally opening up to Molly and to her audience, with warmth, vulnerability (and the occasional menopause joke) Katherine reconnects with both the public and those closest to her. 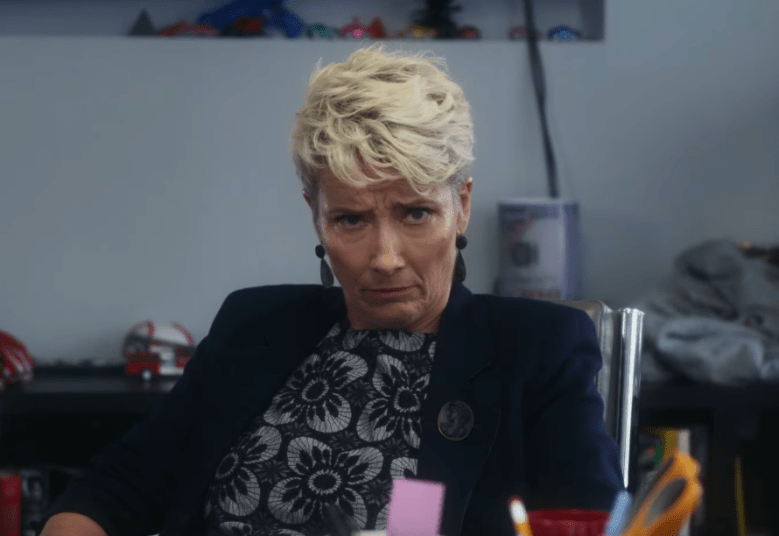 The late night US TV talk show circuit is notoriously competitive and the trailer looks like a pretty honest depiction of what goes on. Now for many who have worked with celebs the Late Night trailer which has Thompson as an absolute ball breaking bitch will ring only too true. From our own experience over the years we’ve worked with ‘stars’ who frankly you would quite happily unplug their life support to charge up your phone and like any journalist we’d love to divulge names but professional courtesy prevails. But the  Late Night trailer looks like one of those life lesson movies and co-star / writer Mindy Kalling looks like she’s drawn on her won experience as a writer early on in her career.