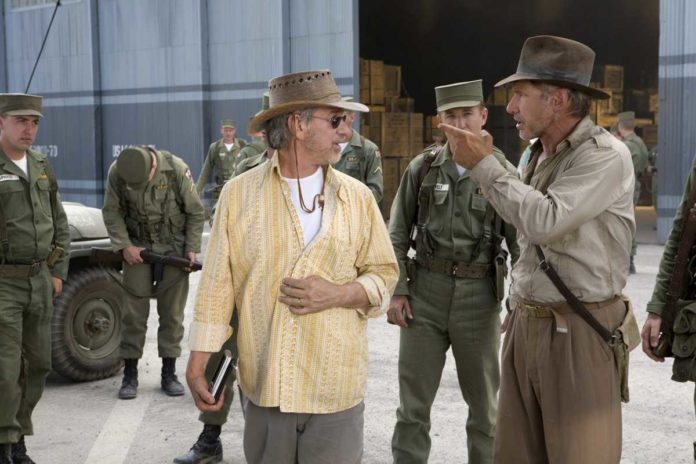 So we mentioned about the latest Indiana Jones 5 news way back in April 2016 as outlined HERE but since then Spielberg has gone on to direct his passion project a remake of West Side Story which will be the first time that he’s made a musical and is set for a December 2020 release but with everything now on hold due to the pandemic that’s far from a sure thing.

But Jonathan Kasdan and then Dan Fogelman news has a whole load of news titbits. The first script had been written by David Koepp who has an impressive pedigree in blockbusters. Since then its gone through various incarnations and for once its not George Lucas that’s holding it up and since Koepp’s version multiple rewrites have been carried out by Jonathan Kasdan and then Dan Fogelman who has also been working on it. Lucas had left the project some time ago and now to the disappointment of many Spielberg has also departed the project with it now looking highly likely that James Mangold will be helming the film. Mangold is  a decent choice having directed ‘Logan‘ and the recent Oscar nominated ‘Le Mans 66‘

The latest Indiana Jones 5 news now concerns the film’s release date. Originally scheduled for release on July 9th 2021 there’s now little chance of that happening with productions all shut down on pretty much everything shooting as explained HERE. Harrison Ford had already hinted that shooting was to start in a couple of months bit with that clearly not going to happen the release date has been set for July 29th 2022.

Lucas, Spielberg and Ford were the Holy Trinity on the franchise but now it’s down to just Ford who has been adamant that he and he alone will be playing the role but if filming is not likely to start until 2021 he’ll be 79 years old and shooting action scenes.

Much as we’d love to see a new film maybe, after so many delays and the loss of Spielberg, it is time to all it a day.