So we mentioned a little while ago about the unlikely pairing of Seth Rogen and Charlize Theron in the comedy Long shot well now we have the Long Shot trailer.

Fred Flarsky (Seth Rogen) is a gifted and free-spirited journalist with an affinity for trouble. Charlotte Field (Charlize Theron) is one of the most influential women in the world. Smart, sophisticated, and accomplished, she’s a powerhouse diplomat with a talent for…well, mostly everything. The two have nothing in common, except that she was his babysitter and childhood crush. When Fred unexpectedly reconnects with Charlotte, he charms her with his self-deprecating humor and his memories of her youthful idealism. As she prepares to make a run for the Presidency, Charlotte impulsively hires Fred as her speechwriter, much to the dismay of her trusted advisers. A fish out of water on Charlotte’s elite team, Fred is unprepared for her glamourous lifestyle in the limelight. However, sparks fly as their unmistakable chemistry leads to a round-the-world romance and a series of unexpected and dangerous incidents. 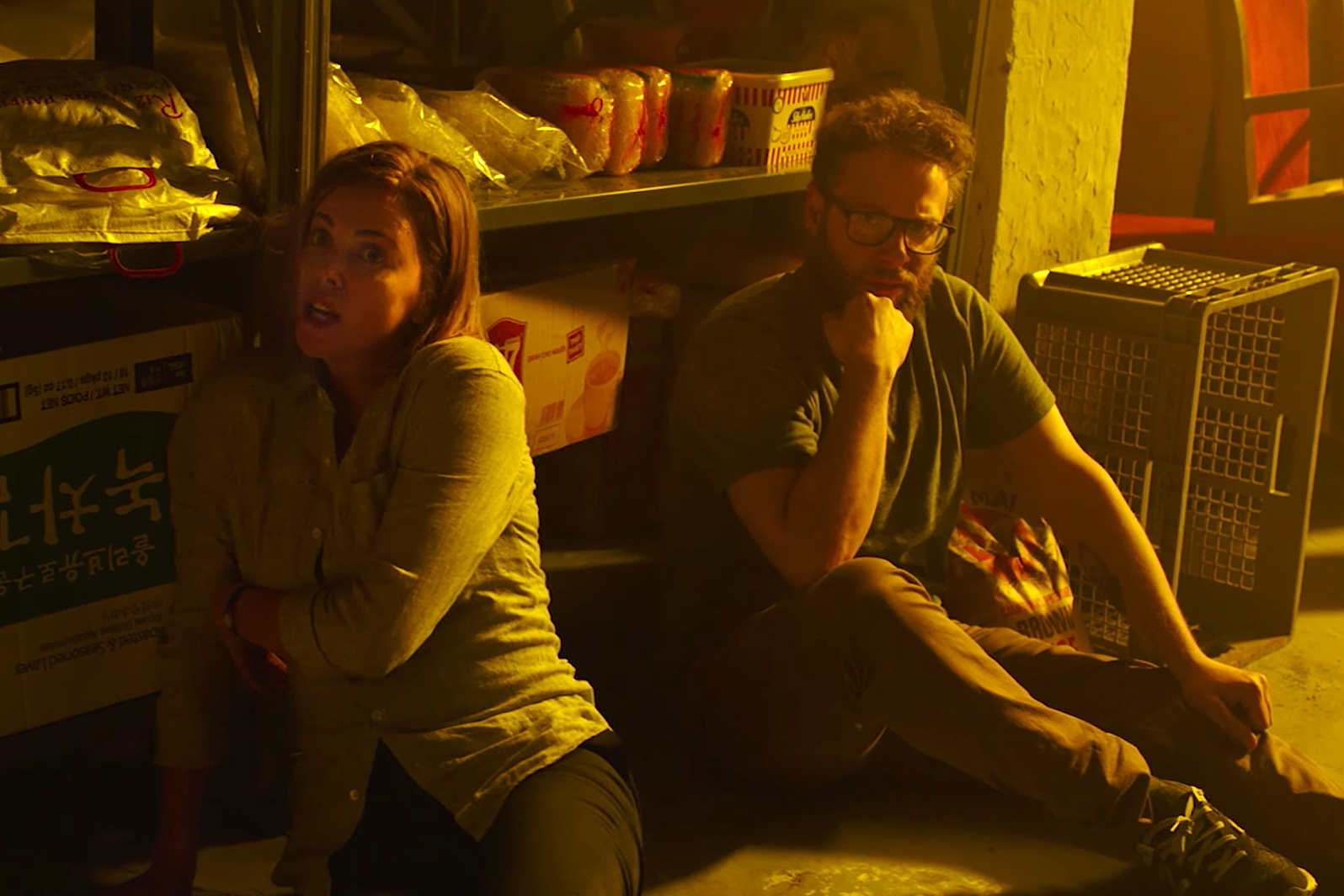 The film has an interesting supporting cast that includes Andy Serkis (Mowgli), Alexander Skarsgard (The Legend of Tarzan) and even Boyz II Men (originally a boy band signed up by Michael Jackson but only because he thought they were a home delivery service).

Jonathan Levine, whose previous films include the Amy Schumer film, ‘Snatched‘, directs a script by Liz Hannah (The Post) and Dan Sterling whose script for “The Interview”  set a real life conflict between North Korea dictatorship and Sony films which resulted in the studio having its IT system hacked and a number of embarrassing internal memos being leaked most notably about the Studio Heads thoughts about dealing with Angelina Jolie.

Long Shot opens in the UK and USA on May 3rd.