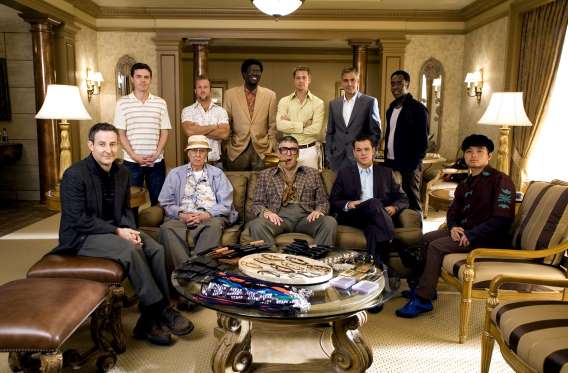 With the original trilogy (even though it was a remake of a Frank Sinatra film) directed by Steven Soderburgh with it’s all star male cast long don with the new idea was to remake the remake with an all female cast and word has just come through that  some of those will possibly be Anne Hathaway, Helena Bonham Carter and noted thespian……um……Rihanna who will join Sandra Bullock and Cate Blanchett who’ve already been cast. Also in the running are to play key roles are comedian Mindy Kaling and American rapper Awkwafina (nope, us neither) but someone’s got to make up the numbers.

Filming is intended to start in New York in October and will be directed by Gary Ross who has also co-written the screenplay (he’s been nominated several times previously for his scripts)and will be produced by original trilogy director Steven Soderbergh. Ross has a decent pedigree having directed The Hunger Games as well as the great drama’ Seabiscuit’ some years ago.