With the covid 19 pandemic keeping cinemas shut we’re looking more and more at the films that the big streaming companies are releasing and landing in our mailbox is The Lovebirds trailer starring Kumail Nanjiani who had a hit with the semi autobiographical, ‘The Big Sick‘.

Like that the Lovebirds trailer is a romantic comedy that will again be directed by Michael Showalter. The film will co star Golden Globe nominee Issa Rae who appeared in 2018’s, ‘The Hate U Give‘. The pair play a couple who experience a defining moment in their relationship when they are unintentionally embroiled in a murder mystery. Their journey to clear their names takes them from one extreme to the next, and they must figure out how they, and their relationship, can survive the night. 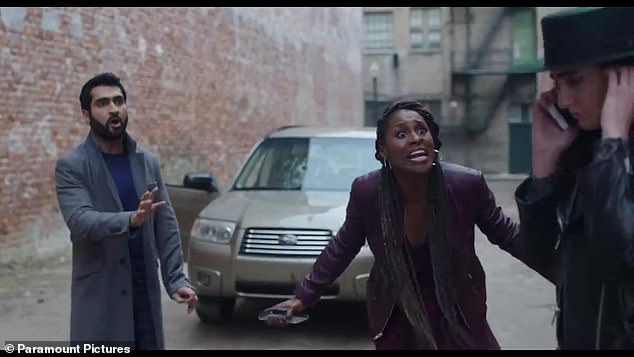 The film will appear on streaming giant Netflix but originally had been intended for release by Paramount in April 2020 until the pandemic shut down the world’s cinemas. Appearing in the Lovebirds trailer are Paul Sparks, Anna Camp and Kyle Bornheimer  and its is written by Aaron Abrams and Brendan Gall both of whom have extensive TV series to their credits.

The Lovebirds is released on Netflix on May 22nd 2020