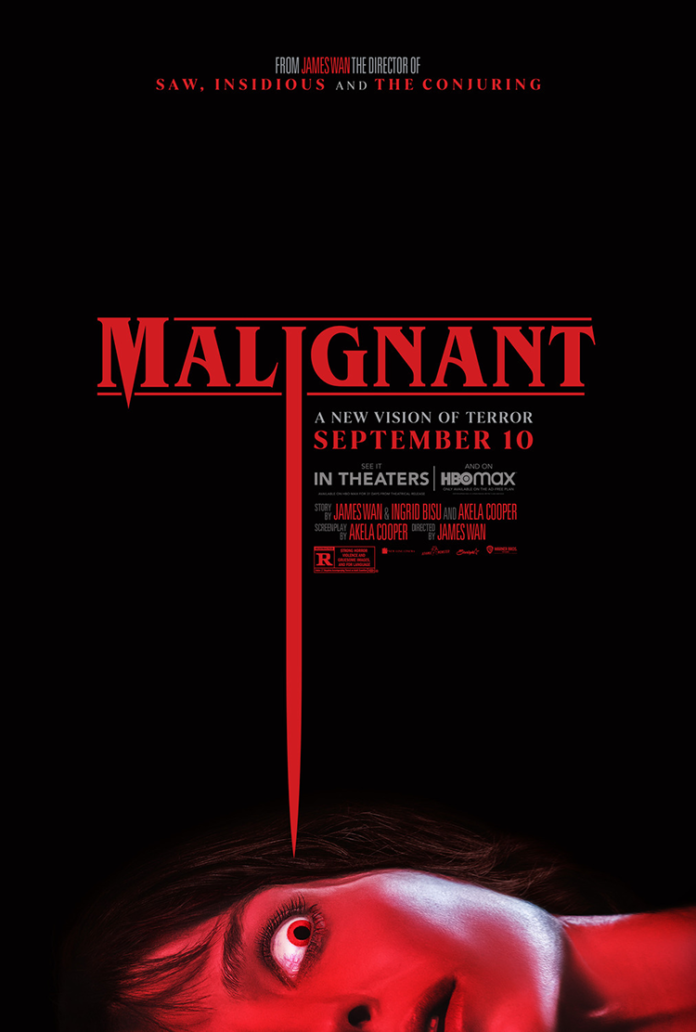 Now we’re big fans of director James Wan and it would be fair to say that he has something of a Midas touch having established himself in the horror genre he’s gone on to make massive billion dollar earning films with Fast 7 and Aquaman. But for the look of the Malignant trailer it looks like he’s made a return to his horror roots.

In the film, Madison is paralyzed by shocking visions of grisly murders, and her torment worsens as she discovers that these waking dreams are in fact terrifying realities.

“Malignant” stars Annabelle Wallis (“The Mummy”), Maddie Hasson, George Young, Michole Briana White, Jacqueline McKenzie, Jake Abel (the “Percy Jackson” films) and Ingrid Bisu (“The Conjuring: The Devil Made Me Do It,” “The Nun”). Wan directed from a screenplay by Akela Cooper (upcoming “The Nun 2”) from a story by Wan & Ingrid Bisu and Cooper. Behind the scenes, Wan was joined by his frequent collaborators, director of photography Don Burgess and editor Kirk Morri (“Aquaman,” “The Conjuring 2”), production designer Desma Murphy (art director, “Aquaman,” “Furious 7”), as well as costume designer Lisa Norcia (“Insidious: The Last Key”). The music is by Joseph Bishara, who has composed the score for all seven films in “The Conjuring” Universe, among many others.

We’ve interviewed Wan a few times over the years most recently for Aquaman (read our interview HERE) and he is the most charming of directors. We were keen to see him helm the Conjuring 3 but at the time he said he wanted to try out other genres so quite what has bought him back to his horror roots is unknown but its always been about creeping out his audience than in your face gore and the malignant trailer looks great.

Malignant will be released in the UK on 8th September 2021 by Warner Bros. Pictures