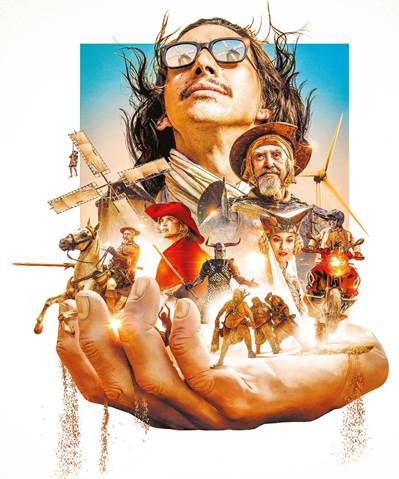 At long last, to the relief of director Terry Gilliam, he’s finally finished his long cherished Don Quixote project with The Man Who Killed Don Quixote trailer. That’s because he’s been trying to make a Don Quixote film since 1989 when he went into production with the film starring Jean Rochefort and collapsed after it was beset with catastrophe after catastrophe with the finance being slashed from the budget and Rochefort ultimately dying before the film could be completed. Though the film was never completed it did end up as a great documentary called, ‘Lost In La Mancha’ which shows the turmoil and stress in making a film. Since then Gilliam has tried on eight further attempts and now he’s finally finished it  with Jonathan Pryce and Adam Driver starring. THE MAN WHO KILLED DON QUIXOTE trailer features the story of Toby (Driver), a cynical advertising director, who finds himself trapped in the outrageous delusions of an old Spanish shoemaker (Pryce) who believes himself to be Don Quixote.  In the course of their comic and increasingly surreal adventures, Toby is forced to confront the tragic repercussions of a film he made in his idealistic youth – a film that changed the hopes and dreams of a small Spanish village forever. Can Toby make amends and regain his humanity? Can Don Quixote survive his madness and imminent death? Or will love conquer all?